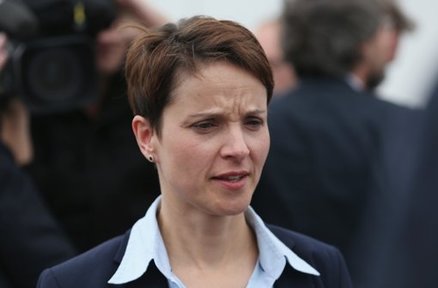 An interesting essay by Stefan Berg about East Germany and the threat of xenophobia:

'The AfD has adopted the 1989 slogan "We Are the People" and redirected it against a democratically elected government (one led by a chancellor from East Germany). The slogan "We Are One People" is used as a weapon against those from elsewhere. AfD followers were ecstatic when Merkel, frustrated by rising xenophobia, said "this is no longer my country." It provided fodder to those who wanted a different Germany -- a German Germany.

It is, of course, something of a curiosity that a political movement from Eastern Germany has become a serious threat to a chancellor from East Germany. And it wouldn't be particularly concerning either -- if there weren't a great deal more at stake.'

The desire for homogeneity can only party explained by pointing towards the past of East Germany. Some people long for homogeneity because they fear the other, or perhaps they fear themselves. The politicization of fear and rage is the main ingredient of which xenophobia is made.