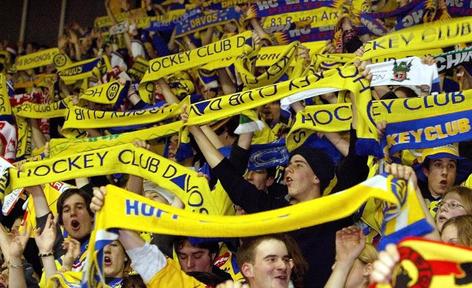 The train from Landquart to Davos was filled with ice hockey supporters. Many of them were busy getting drunk, but in a very subdued almost civilized manner.
After arriving in Davos one of the ice hockey supporters appeared to fall, a bit like a tree that is chopped down. But in the last moment the supporter rescued himself. I stared at him for a few seconds - was he going to fall again or not? - but then I decided that it was wise to leave him alone.