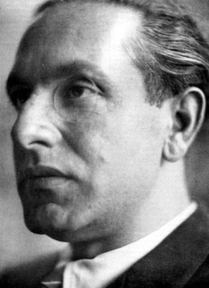 Even dadaism has its misfits. A friend alerted me to this article by Jasion Horowitz in NYT:

Born in 1898, Evola liked to call himself a baron and in later life sported a monocle in his left eye.

'A brilliant student and talented artist, he came home after fighting in World War I and became a leading exponent in Italy of the Dada movement, which, like Evola, rejected the church and bourgeois institutions.

Evola’s early artistic endeavors gave way to his love of the German philosopher Friedrich Nietzsche, and he developed a worldview with an overriding animosity toward the decadence of modernity. Influenced by mystical works and the occult, Evola began developing an idea of the individual’s ability to transcend his reality and “be unconditionally whatever one wants.”

Under the influence of René Guénon, a French metaphysicist and convert to Islam, Evola in 1934 published his most influential work, “The Revolt Against the Modern World,” which cast materialism as an eroding influence on ancient values.

It viewed humanism, the Renaissance, the Protestant Reformation and the French Revolution all as historical disasters that took man further away from a transcendental perennial truth.

Changing the system, Evola argued, was “not a question of contesting and polemicizing, but of blowing everything up.”

That made a fan out of Benito Mussolini.

The dictator already admired Evola’s early writings on race, which influenced the 1938 Racial Laws restricting the rights of Jews in Italy.

Mussolini so liked Evola’s 1941 book, “Synthesis on the Doctrine of Race,” which advocated a form of spiritual, and not merely biological, racism, that he invited Evola to meet him in September of that year.

Evola eventually broke with Mussolini and the Italian Fascists because he considered them overly tame and corrupted by compromise. Instead he preferred the Nazi SS officers, seeing in them something closer to a mythic ideal. They also shared his anti-Semitism.'

Our fried Mr, Bannon admires Julius Evola and so the Nazi party's in Hungary and Greece.

The misfits of dadaism are rising to power once again. But unlike their predecessors they are not so much interested in art.

Another quote from the article:

"An intellectual descendant of Evola, Mr. Dugin has called for a “genuine, true, radically revolutionary, and consistent fascist fascism” and advocated a geography-based theory of “Eurasianism” — which has provided a philosophical framework for Mr. Putin’s expansionism and meddling in Western European politics."