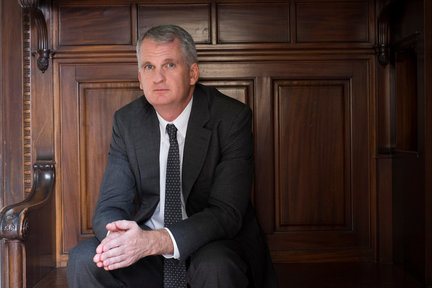 In vase you missed it, Suddeutsche Zeitung interviewed Timothy Snyder:

You use the Weimar Republic as a warning example.

'I wanted to remind my fellow Americans that intelligent people, not so different from ourselves, have experienced the collapse of a republic before. It is one example among many. Republics, like other forms of government, exist in history and can rise and fall. The American Founding Fathers knew this, which is why there were obsessed with the history of classical republics and their decline into oligarchy and empire. We seem to have lost that tradition of learning from others, and we need it back. A quarter century ago, after the collapse of communism, we declared that history was over – and in an amazing way we forgot everything we once knew about communism, fascism and National Socialism. In this little article for Slate, I was trying to remind us about things that we once knew.

How similar is the situation between Germany of the 1930s and today’s United States?

Of course, not everything is similar. Some things are better now than they were in the 1930s but some things are worse. The media is worse, I would say. It is very polarized and it is very concentrated. In Germany before the state shut down German newspapers, there was authentic variety that we don’t have now. People in the 1930s generally had longer attention spans than we do. On the other side, the United States is a larger country, with pockets of wealth distributed widely, and it is more connected to the world. The main advantage that we have is that we can learn from the 1930s. Again, it’s very important to stress that history does not repeat. But it does offer us examples and patterns, and thereby enlarges our imaginations and creates more possibilities for anticipation and resistance.'

Indeed, the main advantage is that we can learn from recent and not so recent past.

Whether people in the 30's had a longer attention span than we do seems to me a questionable statement. In any case it didn't help the people in 30's very much.