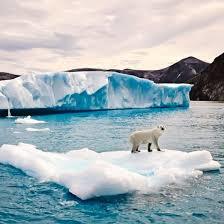 This Modern Love episode is very much worth reading:

'I have been married to the most extraordinary man for 26 years. I was planning on at least another 26 together.

Want to hear a sick joke? A husband and wife walk into the emergency room in the late evening on Sept. 5, 2015. A few hours and tests later, the doctor clarifies that the unusual pain the wife is feeling on her right side isn’t the no-biggie appendicitis they suspected but rather ovarian cancer.'

'This is when we entered what I came to think of as Plan “Be,” existing only in the present. As for the future, allow me to introduce you to the gentleman of this article, Jason Brian Rosenthal.

He is an easy man to fall in love with. I did it in one day.

Let me explain: My father’s best friend since summer camp, “Uncle” John, had known Jason and me separately our whole lives, but Jason and I had never met. I went to college out east and took my first job in California. When I moved back home to Chicago, John — who thought Jason and I were perfect for each other — set us up on a blind date.

It was 1989. We were only 24. I had precisely zero expectations about this going anywhere. But when he knocked on the door of my little frame house, I thought, “Uh-oh, there is something highly likable about this person.”

By the end of dinner, I knew I wanted to marry him.'

'He is a sharp dresser. Our young adult sons, Justin and Miles, often borrow his clothes. Those who know him — or just happen to glance down at the gap between his dress slacks and dress shoes — know that he has a flair for fabulous socks. He is fit and enjoys keeping in shape.'

A person can only hope that his or her significant other writes such a letter when she (or he) feels that she won't have much more time on this earth.