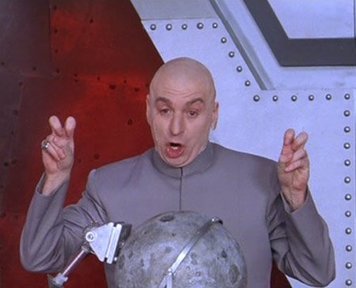 Moises Velasquez-Manoff in NYT on irony, air quotes and Trump:

'Still, it’s hard to overlook that Mr. Trump’s most recent air-quoting supports his basic critique of elites — that we in the media, or in cities, or in blue states, take things too seriously. Of course he doesn’t really grab women’s genitalia. That’s just locker room talk. He “grabs” women’s “genitalia.” Of course Mr. Obama didn’t wiretap. He “wiretapped.” That could mean standing outside Trump Tower trying to hear what’s going on inside.

The paradox is that President Trump has turned an invention of the urbane and educated against them. He has weaponized irony. Now we may all rue the day when he says, “I said ‘nuke’ them, not nuke them.”'

A friend was complaining that everything that could have been said about Trump had been said, but this is an original one: he weaponized irony.
Or perhaps we should say "he" "weaponized" "irony".
Probably we should conclude: he gave irony a bad name, but we will defend real irony, which is the opposite of playing hide-and-go-seek.