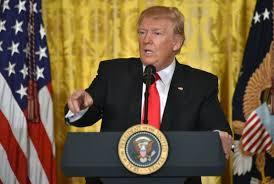 Der Spiegel on North Korea, Trump and the Apocalypse:

'Robert Litwak, the North Korea expert in Washington, also believes it is in Kim Jong Un's interest to negotiate. He proposes a freezing of the North Korean nuclear program through negotiations between China and North Korea. The result could be that Kim stays in power, with a limited number of nuclear weapons.

The greatest threat these days, in fact, may not be that one side intentionally triggers a war. Rather that both sides may stumble into a spiral of escalation that they are unable to stop.

But if a military confrontation can be prevented, if Trump and Kim don't overreact and if negotiations are the ultimate outcome, then it is possible that Trump wouldn't be in a bad spot. The fact that he is erratic, impulsive and unpredictable is certainly a worry to politicians around the world, but that could work to his advantage during negotiations. That, in fact, might be why Trump recently said: "This country has to be less predictable."'

Less predictable, so far so good. But if less predictable means a nuclear war, a dictatorship or less civil rights and even more concentration of power, we should conclude that "les predictable" just means clinging to power.