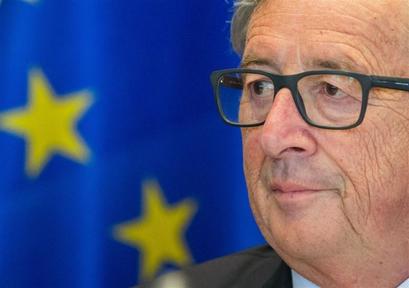 The implosion of traditional diplomatic language is infectious. Here is Juncker, quoted in an article in NYT by Michael D. Shear and Coral Davenport;

'A frustrated Jean-Claude Juncker, the president of the European Commission, said he opposed “behaving as vassals of the Americans” and assailed Mr. Trump for failing to even understand the mechanics of a withdrawal, which he said could take three or four years to fulfill.

“This notion — ‘I am Trump. I am American. America first, so I’m going to get out of it.’ — that is not going to happen,” Mr. Juncker said. “We tried to make that clear to Mr. Trump in clear, German principal clauses in Taormina, but it would appear that he did not understand.”

He added, “Not everything in international agreements is fake news.”'

I love these "clear, German principal clauses" -- it seems that the leader of the free world is treated by his peers as a pupil with learning disabilities.
We should not mock those pupils.

Resistance in the West, thanks to social media, consists of various degrees of mocking. I understand the temptation, but perhaps we should try the old US Army strategy: winning hearts and minds.

Unless we believe that the supporters of the enemy neither have hearts nor minds.