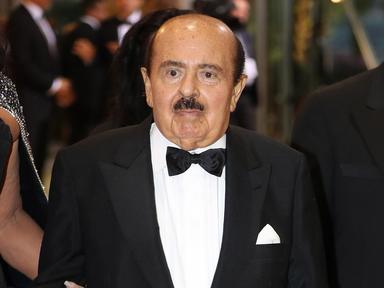 Arms trader Adnan Kashoggi is dead. 9I was supposed to meet on his yacht ten years ago or so. But the meeting never materialized.

'One biography of him was titled “The Richest Man in the World,” and he was often described that way. It was not strictly accurate, but during the early 1980s, his wealth, estimated to be in the low billions, placed him in a tiny elite.

His appetites were gargantuan, beyond the limits of vulgarity. At the peak of his wealth, he presided over 12 estates, including some in Europe and the Middle East; a 180,000-acre ranch in Kenya; and a two-floor Manhattan residence at Olympic Towers, next to St. Patrick’s Cathedral on Fifth Avenue, that was made from 16 existing apartments.

He owned a 282-foot yacht, Nabila — used in a James Bond film and later sold to Donald J. Trump — and three lavishly refitted commercial-size jets. His parties were known for rivers of champagne, bevies of women, international celebrities and endless personal attention from the host, known to his many friends as A. K.'

'Many reports of Mr. Khashoggi’s life and career, including his first wife’s divorce suit, refer to his use of procuresses to assure a steady flow of young women for himself and his guests, clients and influential friends like Saudi princes and the shah of Iran. One of his biographers, Ronald Kessler, concluded that he “craved the women for companionship” because he was “a profoundly lonely man.”'

We crave companionship because our loneliness is profound. Isn't that true for almost everybody?