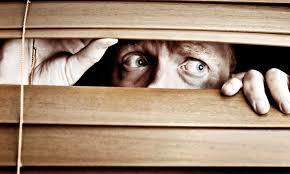 Samuel Moyn and David Priestland on Trump, communism and hysteria:

'A little more than six months into the Trump presidency, though, it now seems clear that the most frightening threats to ordinary politics in the United States are empty or easily contained. Starting with the Trump administration’s original version of the travel ban, the president’s most outrageous policies have been successfully obstructed, leaving largely those that any Republican president would have implemented through executive order. The menace the commander in chief poses to the world, as his impulsive warning to North Korea suggested, may be another matter. But there is no real evidence that Mr. Trump wants to seize power unconstitutionally, and there is no reason to think he could succeed.

There is certainly evidence of Russian interference in the election, and the hacking of the Democratic National Committee is serious. But that hardly amounts to a long-term design on American democracy from some kind of fifth column, backed by Moscow’s “Authoritarian International” and propagated by fake news. Even if it were true that President Vladimir Putin of Russia is attempting an illiberal putsch, he is still far from achieving this goal. Paranoia alone explains why fear that the republic is in imminent danger has been the dominant response.'

In other words, paranoia is the true danger.

Paranoia is the true friend of the extreme-right of course, but alas paranoia can be found everywhere.

'A dysfunctional economy, not lurking tyranny, is what needs attention if recent electoral choices are to be explained — and voting patterns are to be changed in the future. Yet there is too little recognition of the need for new direction in either party. Senator Chuck Schumer of New York recently declared that the Democrats have merely failed to get their message across. Many Republicans are convinced that the party can correct its Trumpian aberration by reasserting the status quo ante of free markets and social conservatism. Neither side, it would seem, is ready to depart from its prior consensus.;

The need of need direction, yes, but what direction?