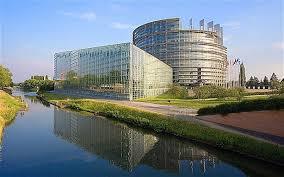 And now about the European parliament and sexual harassment, Peter Müller in Der Spiegel:

'Reintke is one of the few women who dares speak openly about sexual harassment. In early September, before the #MeToo campaign, she gave a speech in parliament about how she had been harassed in the train station in Duisburg. "A man came from behind and grabbed between my legs," she said. Reintke received a lot of respect for her appearance, but on Facebook, she faced malice and hatred. "Finally, someone actually touched you," was one of the milder comments.

Traditional power structures -- male boss, female employees -- famously facilitate abuse. This is exacerbated by the fact that the female lawmakers and assistants in Brussels are often working far from home, and that receptions and lots of alcohol replace meals at home with the family. This feeling of being on a school trip is especially strong when the parliamentarians meet once a month in Strasbourg.

On top of that, the European Parliament is still a way-station for men who were once important. Former commissioners, former party leaders and several big-name politicians spend their political twilight years here. "Many have the feeling that nothing can happen to me here," says Martin, the Socialist from France.'

A sense of invincibility, the school-trip experience and the ruins of a career. Sexual harassment is for a certain type of man self-medication. Perhaps we need the anti-Viagra. You go to Strasbourg you take a pill and you won't feel lies for five days.

Where self-regulation doesn't work well, a pill may become a just alternative.