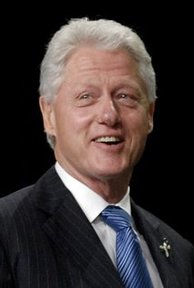 And now something about being distracted, Peter Baker in NYT on presidents and their problems:

'The key for Mr. Reagan and Mr. Clinton was convincing the public that they were not distracted by the investigations but instead remained focused on doing their jobs and serving the American people. In Mr. Clinton’s case, at least, it was partially an act — while he was able to effectively manage major foreign policy issues even at the height of the impeachment debate, in private he was consumed by the investigation, raged endlessly about his tormentors and at times seemed deeply distracted.
Aides found Mr. Clinton absently playing with old campaign buttons, and at a meeting with the Congressional Black Caucus, it fell to an adviser to conduct the discussion while the president’s mind drifted off. On another occasion, the head of the World Bank called a top White House official after a meeting with Mr. Clinton to say, “It’s like he isn’t there.” During a visit to the Middle East, an aide noticed Mr. Clinton trying to keep his mind from wandering off by scribbling on a yellow legal pad, “Focus on your job, focus on your job, focus on your job.”'

An interesting strategy to, for example, focus on your job, scribble on a yellow legal pad what you want to happen and it will.

Fell out of love? Don't have the stamina to study for your test? Or don't feel like going to therapy? Scribble on a piece of paper, "love your husband, love your husband." Or: "Pass the test, pass the test." And eventually, it wil happen.
Scribbling is the new yoga.