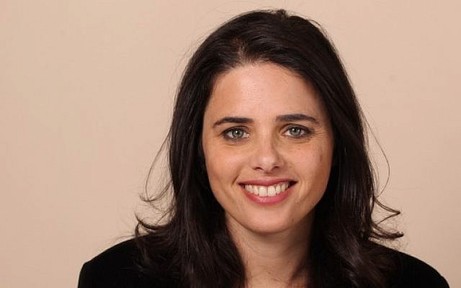 Zeev Sternhel in Ha'aretz on fascism in Israel:

"I frequently ask myself how a historian in 50 or 100 years will interpret our period. When, he will ask, did people in Israel start to realize that the state that was established in the War of Independence, on the ruins of European Jewry and at the cost of the blood of combatants some of whom were Holocaust survivors, had devolved into a true monstrosity for its non-Jewish inhabitants. When did some Israelis understand that their cruelty and ability to bully others, Palestinians or Africans, began eroding the moral legitimacy of their existence as a sovereign entity? The answer, that historian might say, was embedded in the actions of Knesset members such as Miki Zohar and Bezalel Smotrich and the bills proposed by Justice Minister Ayelet Shaked. The nation-state law, which looks like it was formulated by the worst of Europe's ultra-nationalists, was only the beginning. Since the left did not protest against it in its Rothschild Boulevard demonstrations, it served as a first nail in the coffin of the old Israel, the one whose Declaration of Independence will remain as a museum showpiece. This archaeological relic will teach people what Israel could have become if its society hadn't disintegrated from the moral devastation brought on by the occupation and apartheid in the territories.
The left is no longer capable of overcoming the toxic ultra-nationalism that has evolved here, the kind whose European strain almost wiped out a majority of the Jewish people. The interviews Haaretz's Ravit Hecht held with Smotrich and Zohar (December 3, 2016 and October 28, 2017) should be widely disseminated on all media outlets in Israel and throughout the Jewish world. In both of them we see not just a growing Israeli fascism but racism akin to Nazism in its early stages."

If the left is not capable of overcoming toxic ultra-nationalism who is?