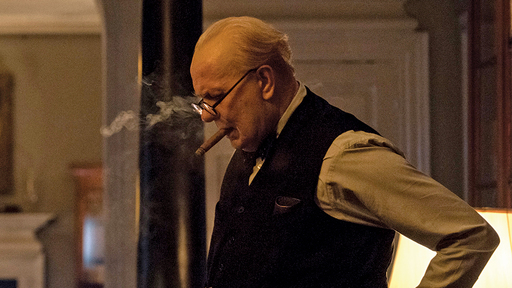 "How badly we need another Winston Churchill film is open to question,' Anthony Lane writes in The New Yorker about "Darkest Hour", Joe Wright's Churchill film.
Read the article here.
It was my first Churchill film, so I cannot judge how badly we needed another one, but I didn't regret watching this Churchill pic. Yes, the heroism might be outdated or suspicious and the name of poor Chamberlain has been used to wage at least one hapless war, the one in Iraq, but it's a relief to watch a politician who doesn't constantly check with his pollsters what the voters think.
And of course Churchill's huge appetite for whisky makes him even more charming. I mean, POTUS is said to be a teetotaler, but that doesn't help us much.