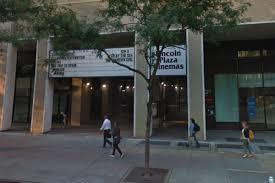 My favorite movie theater in New York passed away. Lincoln Plaza Cinemas passed away. Another reason for melancholia.

'Much that has been written about the Lincoln Plaza Cinema on the Upper West Side of Manhattan includes the words “legendary,” “renowned” or “celebrated.”

Soon, another adjective may need to be added: closed.

The art house movie theater, whose operators have been credited with introducing certain independent and foreign films to the likes of Susan Sontag and Woody Allen, is set to close in January after the building’s owner declined to renew its lease.

The planned closing, reported in Deadline, sent shock waves through the theater’s small community of devotees, some of whom learned the news only upon entering the theater on Saturday morning.

“Oh God, that’s bad news,” Marion Marino, 83, said as she waited in the lobby to see “Darkest Hour,” a film about Winston Churchill.'