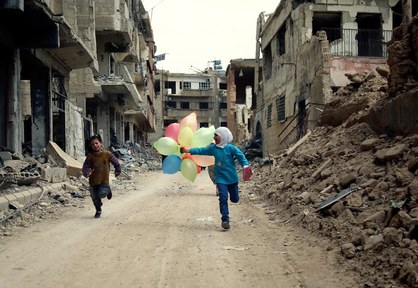 'It all began with Assad preferring to destroy the entire country rather than giving up power, which is why he wanted a war for all of Syria. But his regime was too weak for such a fight, which made him dependent on Russian and Iranian support - and on the Kurds remaining on the sidelines. The result has been a form of chaos for which standard terms are insufficient. Words like "allies" and "adversaries" have long since lost meaning. The relationship among the Russians, Kurds, Iranians, Kurds, Turks and Americans, along with Assad-regime supporters, has been characterized by hostility in some regions of Syria and cooperation in others.'

'Indeed, those in the West insisting on noninterference are right in a sense: There is no military solution to this war. Not one, at least. But several. And in the end, none of them will save the country.'

Rather destroying the country than giving up power. That's the plan of too many politicians.