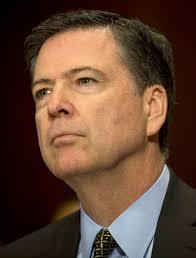 'Comey: Right. He said again that he needs loyalty, and I said: "I'll always be honest with you. You'll always have honesty." He replied by saying: "That's what I want. Honest loyalty." I accepted that as a way of getting out of a very awkward conversation, but also because I think I had made clear how he should understand "honest loyalty."

DER SPIEGEL: Back to your first visit with Trump on Jan. 6, 2017. You had to tell him about the dossier compiled by the former British spy Christopher Steele. Included in the dossier is a claim that Trump was in a Moscow hotel room with prostitutes. What exactly did you tell him?

Comey: My goal was to put him on notice, to alert him that this material was out there. I wasn't saying that I believed it, but we thought it was our obligation as the intelligence community to let him know. I didn't go into all the details. I did talk about prostitutes in Russia, but I didn't think it was necessary to go into the other parts of it - that people call the "golden showers" thing. I was deeply uncomfortable with the whole thing. I was actually floating above myself looking down thinking: "What am I doing? How did I end up here?"

DER SPIEGEL: You didn't tell him that the dossier claimed that the prostitutes had urinated on each other?

DER SPIEGEL: How did he react?

Comey: Defensively. And he interrupted me very quickly and then began talking about accusations that women had made against him. He then asked me, I assumed rhetorically, whether he looked like a guy who needed the service of hookers. The conversation, in my judgment, was starting to spin out of control.'

The conversation was spinning out of control, a beautiful euphemism.

If society would have respected sex workers a bit more at least this conversation would not have spun out of control.

But in times where the difference between politics and cheap entertainment has become indistinguishable, of course we need to discuss the fondness of POTUS for golden showers.

Comey compares this presidency to a forest fire. But how and when exactly did the fire start?