I don't want to make you unhappy 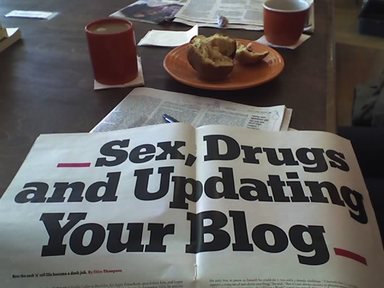 Back in 1997 (or was it 1998?) – I had just signed up as a client at the Wylie Agency – the New York Times Magazine asked me to write a short essay on the differences between dating in Amsterdam and New York.
Not that I knew much about dating, but you can do research.
I wrote my article, it was translated fairly well, and then James Atlas, at that time editor of the New York Times Magazine, sent me the article back.
The ending was completely changed and almost thirty percent of the article had disappeared.
The last sentence was a sentence I had not written; and I didn’t plan to write such a sentence ever in my life.
I wrote James Atlas a fax in which I stated that all this made me very unhappy.
Shortly after he called me and he said: “I don’t want to make you unhappy.” My original ending was reinstated and for the time being my relationship wih the New York Times Magazine ended.
I was reminded of all this, because my articles about my life as a chambermaid in Bavaria will be published by a magazine called Culture + Travel in the US. This time there were no attempts to change the ending. An innocent remark about the beginning, that’s about it.
I hate to admit it, but sometimes there is such a thing called progress.