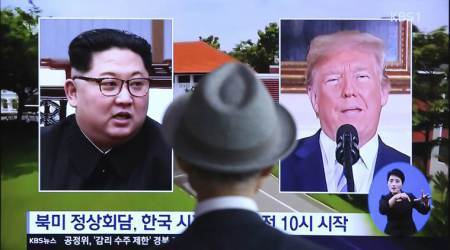 Chemi Shalev in Ha'aretz on the Singapore summit:

'But the understandable wish to see conflicts solved through negotiations and the recognition that the importance of summits often lies in the very fact that they occurred - never mind the media’s natural inclination to unrealistically inflate the import of events - cannot hide the fact that the big winner in Singapore wasn’t the leader of the world’s strongest democracy but a murderous dictator from one of the most oppressive countries on earth. Kim was given legitimacy, respect, accolades and hugs from the president of the United States without giving up anything tangible in return. Moreover, he is now in possession of a written commitment from the United States to maintain his terrible tyranny as well as a later announcement by Trump that his country would suspend its joint military exercises with South Korea, which Trump described, just like Pyongyang, as “provocative.” The extravagant theatrics of the summit stood in stark contrast to its substantive achievements. Despite Trump’s efforts to play up the written statement he signed with Kim, it is so general and vague that the president may have been better off without it. North Korea has repeatedly taken on Kim’s commitment to the “denuclearization of the Korean peninsula” since 1992. Moreover, the Agreed Framework of 1994, the Six Nation Joint Statement of 2005 and the Six Nation Declaration of 2007 all contained stronger language and more binding pledges than those included in the Trump-Kim communiqué. Only a president who believes the world was recreated at his inauguration could seriously contend that the Singapore statement was a serious rather than a symbolic document.'

We have a big winner, it's a world of bread and games after all, and now Mr. Trump will move on to Iran.