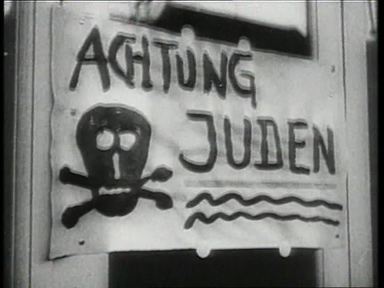 'The Police Crime Statistics Report for 2017 shows that anti-Semitic attacks are on the rise. These include racist taunts, assaults, desecration of memorial sites and the posting of inflammatory online content. According to the Interior Ministry, 94 percent of the perpetrators hail from the far-right. The statistics do not even reflect the full range of abuse, such as insults that go unreported, threats and nasty comments maligning Jews as outsiders. Many Jewish people say the hatred comes from Muslim immigrants who bring the Middle East conflict with them to Germany.

Perhaps most shocking of all is that anti-Semitism appears to have become so common, so routine: in schools, on public transport, in restaurants, on the soccer pitch.

To talk to Jewish people in Germany these days is to be confronted with a deep sense of insecurity. DER SPIEGEL met with Jewish students and talked to both secular and observant Jews in Berlin, Hamburg and Düsseldorf. Many of them have experienced anti-Semitism, including anti-Israeli invective. They wonder why they are seen as different and why stereotypes are so hard to shift.'

'Szentei-Heise has the jovial nature of many Rhinelanders, and generally takes a relaxed view of the world. But he too is worried. Last year saw a steep rise in the number of cases reported to the Jewish Community of anti-Semitic abuse in Düsseldorf's schools. He made a list of comments that Jewish children have had to endure, from "Why are there no more gas chambers any more?" to "You have such a Jewish nose" and "Do Jews still murder children and use their blood to bake matzo?"

It's especially shocking, says Szentei-Heise, because the Jewish community feels like such a part of the city. "We see ourselves as an integral part of society in Düsseldorf." This year, the community participated in the annual Carnival parade with a Heinrich Heine-themed float. It was Szentei-Heise's own idea, and he'd stood on the float next to a representative from the city's Muslim community. "It was great," he marvels. "There was such a sense of kinship." Instead of the usual Carnival cry of "Helau!" everyone on the float yelled "Düsseldorf Shalom!" and threw 1.3 tons of kosher caramel treats that Szentei-Heise had ordered from Israel.'

Some people find it tempting to believe that contemporary anti-semitism is solely a product of Muslims migrants, as this article once again tells us, it's common among migrants, often a result from the inability to distinguish between the Israeli government and Jewish people, but if 94% of the perpetrators "hail from the far-right" we have to conclude that anti-Semitism is still first and foremost a European. problem.
It's foolish to believe that those who hate Muslims will not end up hating Jews with the same vengeance. They're just waiting for the right excuse to start hating again, and some of them are not even waiting for these excuses.