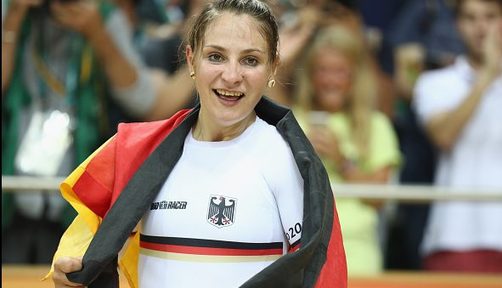 "DER SPIEGEL: Where exactly have you lost feeling?

Vogel: My spinal cord is severed at the seventh thoracic vertebra -- i.e., approximately from the chest down. The border between feeling and numbness is gradual. It runs a little way further down on the left side than on the right.

DER SPIEGEL: What does it feel like when you touch your legs?

Vogel: I can feel my skin, but there is no feedback. My legs don't feel the touch. It's hard to describe.

DER SPIEGEL: "Why me?" How heavy does this question weigh when something like this happens to you?

Vogel: There are some questions that don't do anything to help you move on -- not emotionally, not in your mind and not in the situation. To me, "Why me?" is one of those questions. It is what it is.

DER SPIEGEL: Are you religious?

Vogel: I was baptized and given communion, but am not a believer. But my mom is religious. She once said that God only gives you as many tasks as you can accomplish. Going by that, the Lord in heaven had a plan for me.

DER SPIEGEL: What are the biggest challenges you have had to overcome since the accident?

Vogel: I had to fight harder than I have ever fought before during the first two weeks. For survival. I then had a second operation and a violent case of pneumonia and repeatedly had to be put into an artificial coma for a few days at a time. I was in pain -- and there are no words to describe it. The doctors had a lot of trouble getting me adjusted to painkillers. My body absorbed the drugs like a sponge. But they also couldn't give me too many because it would have paralyzed my lungs. At times, I really thought I was going to die. But I said to myself: You can't give up now. You have to carry on (she begins crying and wipes the tears away with her thumbs). I'm sorry. I don't usually cry.

Vogel: That one, too, was about stabilizing my spine. They had to go in here on the right side, past the ribs. And now I've got some metal in there, so I'll beep at the airport for sure.

DER SPIEGEL: When was the first moment you thought things were starting to look up again?

Vogel: My first big highlight was a bowl of blueberries when I was allowed to eat on my own again for the first time. My sister laid the bowl on my stomach, and then I ate them one by one with relish. Those were the tastiest blueberries I have ever had. The next highlight was after the second operation, when the physiotherapists put me on the edge of the bed for the first time and Michael could take me in his arms."