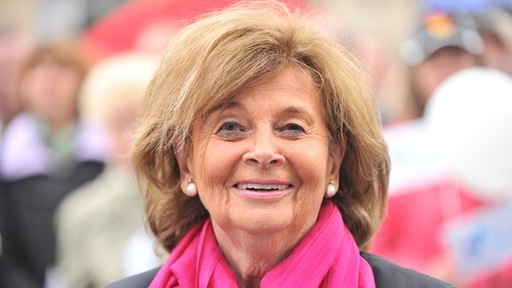 An important interview with Charlotte Knobloch, 85, former president of the Central Council of Jews in Germany in der Spiegel, by Veit Medick and Christoph Schult:

'Knobloch: There have been worrisome developments earlier. A few years ago, for example, there was a right-wing extremist demonstration in Munich where marchers shouted, "Jews in the gas, Jews out," and the police didn't intervene. But it has never been as bad as it is today. For the first time, a party has made it into national parliament whose program can be summarized with the words: Jews Out.

DER SPIEGEL: You are referring to the AfD.

Knobloch: I don't actually want to even say their name. "Alternative for Germany," what impudence. But yes, I am referring to the AfD.

DER SPIEGEL: Do you view the AfD as a Nazi party?

Knobloch: What else are you supposed to call a party that disseminates a platform that makes Jewish life impossible? This party is opposed to ritual circumcision and seeks to ban the shechita of animals, through which meat becomes kosher for practicing Jews.'

'DER SPIEGEL: Among the established parties in Germany, there is a significant degree of uncertainty about how they should confront the AfD. Should they go on the attack? Ignore them? Try to expose them with arguments? They are trying everything and nothing seems to be working.

Knobloch: I like how the single neo-Nazi in the Munich city council is being dealt with. He is simply completely ignored by the other parties. He files inquiries and they simply go unanswered.

DER SPIEGEL: But in Germany's federal parliament, the Bundestag, every deputy has rights. And with 92 members of parliament, the AfD is the largest opposition party. How can they be ignored?

Knobloch: There needs to be a consensus among all the other parties. The AfD has positioned itself outside of our liberal values. Period. It bothers me that there isn't even consensus on this point at the moment. What other viewpoint can there possibly be?

DER SPIEGEL: The debate surrounding how to deal with the AfD recently intensified after an extremely emotional plenary speech by former Social Democrat leader Martin Schulz, who linked the right-wing populists with fascism.

Knobloch: I thought Schulz's reaction was absolutely the correct one. Everybody needs to know who they are voting for when they cast their ballot for the AfD. Our task is to clearly draw the line. If we don't, we are merely helping normalize the right-wing populists. I wanted to write Martin Schulz a letter, but I never got around to it because of the Jewish holidays. His dedication is admirable.'

'DER SPIEGEL: The rise of the AfD is inseparably connected with the refugee policies of Chancellor Angela Merkel. Do you think it was the correct decision to not seal off the German border in September 2015?

Knobloch: I view the issue through the lens of my own biography. If the U.S. immigration authorities in the late 1930s had approved the visas that my uncle applied for on behalf of his brother, his mother and me, my grandmother would not have had to suffer such a horrific death. She was too old to be accepted into the U.S. There were similar fates people faced that I heard about at the time. That is why I was very much in favor of Germany taking in the people who were living in horrific conditions in the Budapest train station in September 2015. After all, we became a humane country after 1945.'

It cannot be repeated often enough: against Muslims, against refugees, against Jews but in favor of nativism i.e. Blut und Boden, that's the extreme right in Germand and elsewhere.