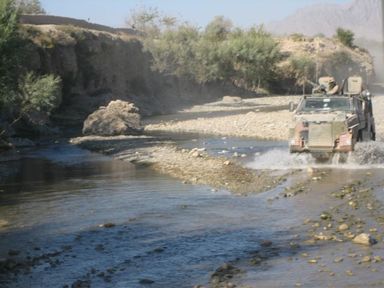 By coincidence I discovered that the daily reports I write from Afghanistan for the Dutch newspaper NRC Handelsblad are published on a website with news about Orugzan.
The web master of the site mentioned above remains anonymous for the obvious reason that he has a very special interpretation of the word copyright. I’m willing to forgive him.
When I asked the press officer today about the suicide attack Wednesday in Tarin Kowt he first claimed that there was no attack, and then said that the attack took place in a different part of Afghanistan.
The Dutch army is that much in love with the idea of disinformation that it is willing to infect its own press officers with disinformation. I fully understand this, if I were them I would do the same.
(I have no reason to doubt the sincerity of this particular press officer. He was just not informed. This is another example of why I often find the NATO-mission in Afghanistan hilarious.) 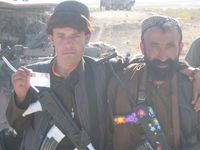 PS After I complained about this disinformation to the press officer he informed me that there were actually two “flawed” suicide bombings last Wednesday. One suicide bomber blew up prematurely, not inside Tarin Kowt but on his way to TK.
The other suicide bomber had a fight with his mother, and he blew up while arguing with his mother if he should be a suicide bomber or not. I’m not sure how we got this information -- I guess the Afghan interpreters and troops might be of some help.