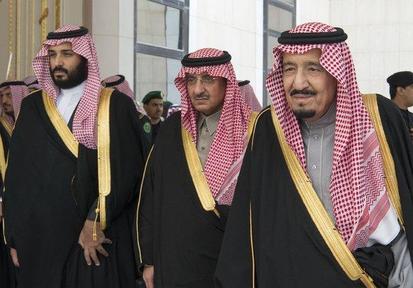 'Bruce Riedel, a veteran CIA official and an expert on the US-Saudi relationship at the Brookings Institution, said: “Gina [Haspel] has been the case officer on this. She traveled to Turkey and she is the one who listened to the tapes and is reported to have briefed the president multiple times.

“This is further evidence that the White House is trying to outdo the Saudis in carrying out the worst cover-up in modern history,” Riedel added.'

Read the article in the Guardian by Julian Borger here.

We knew from the beginning that the White House would back the Saudis, the remaining question is whether the royal family in Saudi-Arabia decided that the Crown Prince is hurting the country and its image and for that reason a shake-up is needed.

I would say no, the royal family will make sure that the kingdom will assassinate more discreetly in the future.

Killing is business as usual.