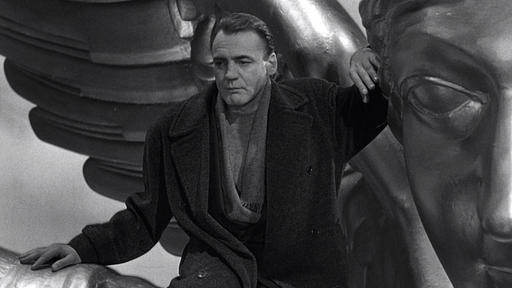 'Bruno Ganz, the melancholy Swiss film actor who played an angel longing for the visceral joys of mortality in “Wings of Desire” and a defeated Hitler with trembling hands facing his own mortality in “Downfall,” died on Friday at his home in Zurich. He was 77.

The death was confirmed by his agent, Patricia Baumbauer. Mr. Ganz received a diagnosis of colon cancer last summer while he was working at the Salzburg Festival in Austria.

Mr. Ganz won the Donatello Award, Italy’s Oscar equivalent, for his role as a quiet, poetic waiter who bonds with a runaway homemaker in “Bread and Tulips” (2000), an Italian-Swiss comic drama, but most of his work was in German-language films.

In the Wim Wenders drama “Wings of Desire” (1987), he played an angel whose job was to spend time on earth, make himself visible to the dying and to comfort them. But the character saw such beauty in human life that he wanted it for himself.

Mr. Ganz admitted that his convincing performances seemed to transcend reality for some fans. “People really seemed to think of me as a guardian angel” after “Wings of Desire,” he told The Irish Times in 2005. “People would bring their children before me for a blessing or something.”

But those fans appeared to have misinterpreted his character’s purpose and powers.

“When flying on aeroplanes,” he continued, “they would sometimes say, ‘Now you are with us, nothing can happen.’ It was very funny.”'

This is classic, the gods and probably also the angels are jealous of the mortals because of their passions. It's for that reason that the gods tend to lower themselves and fall in love with mortals.

Ganz was an actor who became against his own wishes an angel, at least to some people in the audience. Which reminds us that we cannot choose what we are in the eyes of the people who are watching us, reading us, hating us, loving us, despising us, for reasons that may not have anything to do with who we really are. Another way of saying: who we really are is not that important.