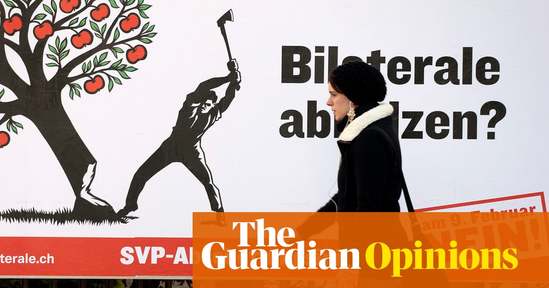 Flavia Kleiner in The Guardian:

'Four years ago, along with some friends, I started a grassroots liberal democratic movement in Switzerland called Operation Libero. Since then, we’ve won four referendums (which under Swiss electoral law are frequent) against the rightwing populists. How did we do that? We fought tooth and nail to defend the institutions that protect our freedom and the rule of law. We believed in our goals. And we decided to never sing the populist’s song – only our own song.'

'Serious democrats across Europe have a responsibility to ensure that a vast majority of citizens understand and connect emotionally to what truly protects them – liberal institutions. Now is the time to sing that song – and proudly so.'