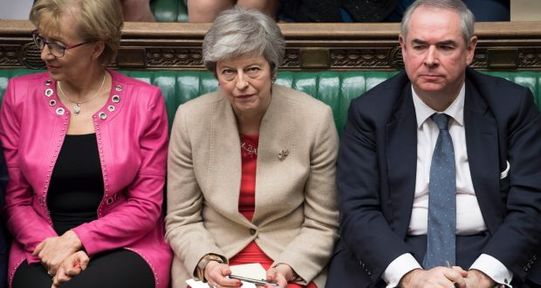 The absurdities continue, the FT on tempers and recriminations:

'In the aftermath, Nick Boles, a former Conservative minister who narrowly failed in a push to keep the UK in the single market and a customs union with the EU, dramatically resigned from the party.

“I have failed chiefly because my party refuses to compromise. I regret therefore to announce that I can no longer sit for this party,” he told the Commons.

Meanwhile, Ken Clarke, the former Conservative chancellor, blamed supporters of a second referendum for scuppering his own attempt to keep the UK in a customs union, which was defeated by just three votes. Another round of the so-called indicative votes is scheduled for Wednesday, giving MPs possibly a final chance to take control of the process.'