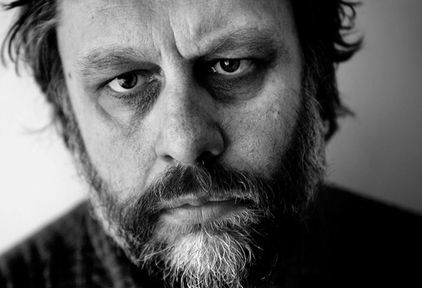 On rambling, and Peterson and Žižek, Stephan Marche in The Guardian:

'The event was billed as “the debate of the century”, “The Rumble in the Realm of the Mind”, and it did have the feel of a heavyweight boxing match: Jordan Peterson, local boy, against the slapdash Slovenian Slavoj Žižek, considering “Happiness: Capitalism vs Marxism” in Toronto.'

'Peterson’s opening remarks were disappointing even for his fans in the audience. They were a vague and not particularly informed (by his own admission) reading of The Communist Manifesto. His comments on one of the greatest feats of human rhetoric were full of expressions like “You have to give the devil his due” and “This is a weird one” and “Almost all ideas are wrong”.

I’ve been a professor, so I know what it’s like to wake up with a class scheduled and no lecture prepared. It felt like that. He wandered between the Paleolithic period and small business management, appearing to know as little about the former as the latter. Watching him, I was amazed that anyone had ever taken him seriously enough to hate him.

He said things like “Marx thought the proletariat was good and the bourgeoisie was evil”. At one point, he made a claim that human hierarchies are not determined by power because that would be too unstable a system, and a few in the crowd tittered. That snapped him back into his skill set: self-defense. “The people who laugh might do it that way,” he replied.'

They needed enemies, needed combat, because in their solitudes, they had so little to offer. Peterson is neither a racist nor a misogynist. He is a conservative. He seemed, in person, quite gentle. But when you’ve said that, you’ve said everything. Somehow hectoring mobs have managed to turn him into an icon of all they are not. Remove him from his enemies and he is a very poor example of a very old thing – the type of writer whom, from Samuel Smiles’ Self-Help to Eckhart Tolle’s The Power of Now, have promised simple answers to complex problems. Rules for Life, as if there were such things.

The mere dumb presence of the celebrities on the stage mattered vastly more than anything they said, naturally. But there was one truly fascinating moment in the evening. It came right at the end of Žižek’s opening 30-minute remarks.
“We will probably slide towards apocalypse,” he said. And Peterson agreed with him: “It is not obvious to me that we can solve the problems that confront us.” They are both self-described “radical pessimists”, about people and the world. It made me wonder about the rage consuming all public discussion at the moment: are we screaming at each other because we disagree or because we do agree and we can’t imagine a solution?'

'They both wanted the same thing: capitalism with regulation, which is what every sane person wants. The Peterson-Žižek encounter was the ultra-rare case of a debate in 2019 that was perhaps too civil.'

Too civil might have been a good thing. We disagree because we cannot find a solution seems me to a plausible explanation for most disagreement.

And we now know how we can detect sanity, if you want capitalism with regulation you are sane. How much regulation of course is open for discussion.