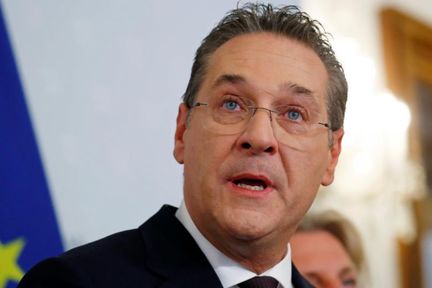 This is one of the better paragraphs about Heinz-Christian Strache and the state of corruption inside the extreme-right FPÖ in Austria:

'The videos from Ibiza seem like a workshop report from a banana republic: Two leading Austrian politicians cavalierly spoke to a woman they barely knew about their vision for controlling the levers of power and how they could compensate her if she helped them to the very top.

After a couple of hours, the group began talking about the Kronen Zeitung, or the "Krone," as the tabloid is known, and its influence in the coming election. The group eventually decided to move the conversation inside.

The suggestion was made to the young Russian from Latvia that she should discreetly acquire half of the Kronen Zeitung. Strache said that if the newspaper "were to push us" before the election, "then we won't get 27, we will get 34 percent" of the vote. Any article that "helps us, enrages red and black." He was referring to the Social Democratic Party of Austria (SPÖ) and the ÖVP, which have been governing the country since the end of the war, mostly together.'

This is in one sentence how democracies die: help us to the top, we will compensate you.