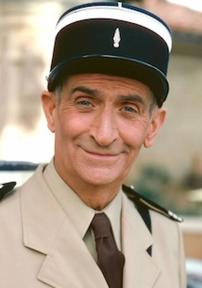 On France and Germany, Der Spiegel:

"Macron is the fourth French president with whom Merkel has had to work during her chancellorship. To understand the fidgety Nicolas Sarkozy, she allegedly watched Louis de Funès films. François Hollande, meanwhile, blended into the woodwork next to the chancellor. But Macron stands up to her. He wants to shape Europe, and is threatening her position as the unquestioned top dog in Europe."

I watched many Louis de Funès films in my youth, it's hard to believe that Merkel would watch these movies in order to prepare for meetings with Sarkozy.

But as this article also makes clear, without the German-French motor everything comes to a standstill. The EU is not only built on fear of ghosts of the last century, but also on the realization that without protection the weak will be nothing but prey for the less weak.
Giving up sovereignty in exchange for protection might be not such a bad deal after all.