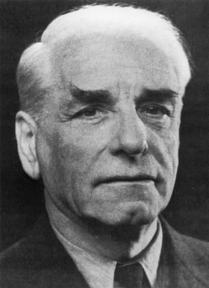 On Nazis and love, Katrin Bennhold in NYT:

'Emilie Landecker was 19 when she went to work for Benckiser, a German company that made industrial cleaning products and also took pride in cleansing its staff of non-Aryan elements.

It was 1941. Ms. Landecker was half Jewish and terrified of deportation. Her new boss, Albert Reimann Jr., was an early disciple of Adolf Hitler and described himself as an “unconditional follower” of Nazi race theory.

Somehow, inexplicably, they fell in love.

The story of Ms. Landecker, whose Jewish father was murdered by the Nazis, and Mr. Reimann, whose fervent Nazism and abuse of forced laborers did not stop his family from attaining colossal wealth after the war, is a tale of death and devotion and human contradictions. It is also a tale of modern-day corporate atonement.'

'The relationship between Mr. Reimann and Ms. Landecker was for many years a secret. He was married, but had no children with his wife. He and Ms. Landecker had three, and he adopted them in the 1960s; today, two of them own a combined stake in JAB of about 45 percent. For decades, they say, they did not know about their father’s Nazism and the abuses that took place at the company they inherited: The female forced laborers who had to stand at attention outside their barracks naked. A prisoner of war who was kicked out of a bomb shelter and died.'

'Only now, 74 years after World War II, are the family and the company grappling with their dark and complicated history. In March, the first findings about the abuse of forced laborers at the company leaked in a German tabloid. Discovering Nazi activity in corporate history is a somewhat regular occurrence in the country, and the crimes of the Reimanns were not as severe as, for example, those of the many larger companies with ties to death camps and the expropriation of Jewish businesses. But JAB’s portfolio of sunny coffee-and-doughnut brands in the United States made the revelations a global news story.'

This intriguing article doesn't tell us how Reimann Jr. and Ms. Landecker fell in love, we can only guess. And we should keep in mind that more often than not, love is a slightly perverted endeavor. Much more Sadean than Christian.