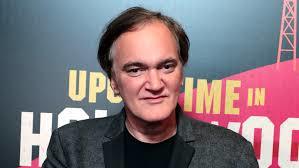 I saw "Once Upon a Time in Hollywood" in a rather empty movie theater on Third Avenue, mainly septuagenarians, some of whom walked out after forty minutes or so, and yes, the movie is fairly slow, which is a good thing. I'm not a great Tarantinfo fan, I fell in love with 'Reservoir Dogs" and then I fell out of love, but "Once Upon a Time..." is worth seeing, if for no other reason than for actors brilliantly playing actors on the verge of becoming has-beens. Somehow this movie leaves you with the feeling that there are only has-beens, some are just more than has-been than others. And yes, there is Polanski, mainly silent, and Sharon Tate, rather silent too.
This provoked David Bentley Hart, a philosopher, to send an article to The NY Times:

'I admit that it came as a shock of relief and an immense emotional pleasure when, in the much-discussed ending of “Once Upon a Time … in Hollywood,” Tarantino’s version of the story unexpectedly veered away into some other, dreamlike, better world, where the monsters inadvertently passed through the wrong door and met the end they deserved — torn to shreds, bludgeoned to a pulp, burned to a cinder. Even the violence delighted me. I thought it gave glorious expression to a perfectly righteous rage. And I was glad to slip briefly into some other order of reality, if only an imaginary one, where ethereal sweetness had survived and horror had perished. Still, what’s the point?

A deeply moral one, perhaps — though the correct ethical grammar here is somewhat elusive. Over the years I’ve made the acquaintance of many philosophers of religion and a few theologians who dabble in the practice of theodicy: the attempt, that is, to justify “God’s ways” (supposedly) by arguing for some meaning, purpose or metaphysical necessity in the evils of nature and history. Usually, the proposed solution has something to do with the clarifying contrast with goodness that evil provides, its utility in teaching us (or, in some particularly silly theologies, teaching God) compassion or ethical commitment or something of the sort. No light without shadow, no love without hate, no pity without cruelty — that sort of thing. All of which is quite nonsensical.

My own metaphysical dispositions are very different (and, as it happens, of more ancient pedigree). I tend to believe that goodness, love and moral beauty are substantial and eternal realities that attest to themselves quite immediately to any rational nature, without the need for any edifying “contrast” to make them intelligible. No one, I think, actually learns pity from cruelty. The “ontological status” of evil (to use the jargon of the philosophers) is one of pure contingency, inevitable perhaps, but adding nothing necessary to the form and fabric of reality. After all, a good that required evil to become actual would always be only a conditional good at best, one probably not worth its price. Those who argue for the necessity of evil in the abstract, surely, would also generally lament any specific evil in the concrete, and would gladly unmake many evils of the past if only they could. But then, once one grants that it would be virtuous to undo any past evil in particular, one really cannot plausibly argue for evil’s metaphysical necessity in general. And who would be so callous or morally confused as not to want to go back and prevent the evils of the past?'

To change history, oh well, change, in a movie is at best morally neutral, but definitely not a virtue. (Imagine a movie about let's say Sobibor where there is water coming out of the showers for the prisoners. And the Jews live happily after.)
That's not to say that Mr. Tarantino is not allowed to do so, but I'm not sure if we should attach to much philosophical questions to his alternative version of history.

As A.O. Scott wrote in The Times:

'Sharon, who is barefoot, pregnant or both in most of her scenes, is not so much a symbol of innocence or glamour as an emblem of normalcy. The best stretch of the movie follows her, Cliff and Rick through their separate routines on a single day. Rick is at work, fighting off a hangover and his own self-doubt. Cliff picks up a hitchhiker — a girl he’s noticed before, played by Margaret Qualley — and drives her to the Spahn Movie Ranch in Chatsworth, where she lives with a bunch of other young people (and an old guy played by Bruce Dern, one of many memorable cameos). Sharon also gives a stranger a ride, buys her husband a gift and stops in at a theater in Westwood to watch herself in “The Wrecking Crew,” a spoofy action caper starring Dean Martin.

That’s a real movie, as are most of the others whose titles appear on billboards and marquees. In the real world, six months after that magically ordinary imaginary day, Tate was murdered in her home on Cielo Drive, along with four of her friends. The killers lived at the Spahn Ranch, and were disciples of a failed musician named Charles Manson.

That’s the opposite of a spoiler, by the way. If you don’t know about the Manson family, or if you’re vague on the details of their crimes, you may not feel the tingle of foreboding that is crucial to Tarantino’s revisionism. Didion, in “The White Album,” wrote that “many people I know in Los Angeles believe that the Sixties ended abruptly on Aug. 9, 1969, ended at exactly the moment when word of the murders on Cielo Drive traveled like brush fire through the community.” But what if the ’60s never ended? Or rather, what if the ’60s, as a half-century of pop-culture habit has taught us to remember them, never really happened.

The political struggles of the decade are deep in the background, occasionally crackling through car radio static along with traffic and weather reports. The music we hear isn’t a soundtrack of rebellion, but an anthology of pleasure. Tarantino’s anti-ironic celebration of the mainstream popular culture of the time amounts to a sustained argument against the idea of a counterculture. Those who would disrupt, challenge or destroy the last stable society on earth are in the grip of an ideological, aesthetic and moral error. Hippies aren’t cool. Old-time he-men like Rick Dalton and Cliff Booth are cool.

There is no counterculture, or at least the counterculture is as rotten as mainstream culture, and rotten is not the word in Tarantino's universe, it's a culture of not wanting us to know. It's a culture of lying, deceiving, looking away, yes changing history, in order to make us all feel better.
The price we pay is the price Tarantino is never tired of showing: we live in pulp, but it could be worse.