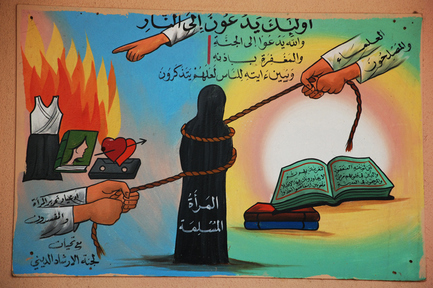 I never was a big supporter of Ayaan Hirsi Ali.
First of all she had surrounded herself with the wrong advisers.
Besides that I didn’t like joining an army against God -- too much honor for the Almighty.
And last but not least I doubted if her methods were very effective.
But in today’s IHT Mrs. Hirsi Ali wrote an op-ed piece, which is reasonable: “If moderate Muslims believe there should be no compassion shown to the girl from Qatif, then what exactly makes them so moderate?” When she attacks Saudi Arabia for some of its (Islamic) laws she is right. These laws are by most standards abhorrent.
But she forgets the strategic importance of Saudi Arabia.
Oil remains oil and for that reason we are more than willing to postpone our opinions about abhorrent laws indefinitely.
On a slightly different note I wonder what Mrs. Hirshi Ali has to say about Mr. Romney’s (for readers outside the US; a leading presidential candidate for the Republican party) refusal to say whether there is place in the US for atheists.
I’m afraid that Mrs. Hirsi Ali is on the losing side of the culture war. To win a war you need more than the conviction that your cause is just. You need a strategy and you need to understand that people might join your fight for various reasons and might drop you and your cause when it’s convenient for them.