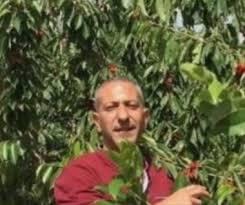 On torture and ticking bombs, Amos Harel in Haaretz:

"It’s an exceptional case: Samer Arbid – the head of a Popular Front for the Liberation of Palestine cell suspected of killing 17-year-old Rina Shnerb in August – is in critical condition after being interrogated by the Shin Bet security service. This could be the result of a mistake that occurred during questioning. The case, which the Justice Ministry and Shin Bet will begin investigating soon, joins a list of other question marks about the attack.

n practice, the number of cases annually where such interrogation methods are used can be counted on less than one finger. Every such case is supposed to be approved by the Shin Bet’s top leadership. After the fact, the case is also examined by government lawyers.
From what has been released, the PFLP affair seems to meet these criteria. The members of the terror cell are suspected of killing a teenage girl, they are known to have been preparing other explosives, and a fear existed that the bombs would be set off. These were relatively experienced activists whose organization is careful to compartmentalize its operations and trains its members to withstand Shin Bet interrogations.
Still, special means are meant to extract information, not put the suspect on death’s door in the hospital. According to the Shin Bet, Arbid felt unwell while being interrogated. It’s clear that something went wrong along the way. Officers will have to examine whether the interrogators deviated from their instructions, what medical supervision the suspect received, and what the chain of command knew."

When the state tortures it will always find a ticking bomb to justify the torture. Unfortunately, around the world it's not torture but the absence of torture that is exceptional.