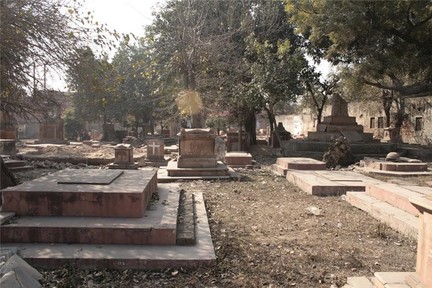 A truly amazing story by Ellen Barry in NYT on a royal family, fiction, deceit, lies, hope, poverty, journalism and ambiguity - who isn't a prisoner of his and other people's fictions?

'One night Cyrus called me, howling unintelligibly, to tell me that his sister had in fact died seven months earlier. He had told no one, burying her body himself. He had lied to me about it for months, and seemed a bit ashamed by it. I curled up on my daughter’s bunk bed and listened to his voice over the phone. He said that I should never visit again, and also that he was so lonely.

I waited a few days, and then showed up with a Filet O’ Fish from McDonald’s. Our relationship seemed to knit itself back together. He asked me to procure him a gun and a girlfriend, which I did not; and a tarpaulin and a recording of “Fiddler on the Roof,” which I did. He was solicitous and a little corny, with pop culture references that seemed to date from the 1960s.
Once, he asked me to kiss him on the cheek — his skin felt fragile, like tissue paper — and he told me that it was the first time he had been kissed in 10 years. “When you are over here, my heart goes doopity doo, Sophia Loren,” he said.'

'But even today there are plenty of autorickshaw drivers in Old Delhi who will tell you about the prince who lived in the jungle. And they will be telling that story long after mine has come and gone.

I was reminded of this on my last trip to Delhi. I visited the cemetery where Cyrus is buried. I had an idea of placing a stone there, something that said Prince Cyrus of Oudh.

But he had been buried as an unclaimed body, assigned the number DD33B. Unclaimed bodies are marked only with chips of stone, and small mounds extend in all directions, to the vanishing point. After wandering the cemetery for what seemed like hours, I sat down, sweaty and miserable.

“He is lost in a city of the dead,” I wrote in my notebook.

My colleague Suhasini was haranguing the clerk, urging him to look through his ledger one more time, when I realized that a man was warming himself beside a stove, listening intently.
He then stood up and presented himself, rather formally. He was Mohammad Aslam Chowdhury, a seller of electrical wiring from Old Delhi.

He was wearing a voluminous, cheap-looking tweed jacket, and had a squiff of hair, dyed jet black. He presented a plastic folder and showed me its contents. It was filled with newspaper clippings about Cyrus’s death.

He said he carried the clippings to remind himself how swiftly earthly glory passes.

“In Old Delhi, this was the only topic of conversation,” he said. “People were saying such a big king passed away like this, in such a way that nobody knew him. How could the scion of such an illustrious royal family get lost in the darkness of oblivion?”

As he spoke of Cyrus’s death, Mr. Chowdhury became distressed.

“I feel really emotional about this, that something like this can happen on an earth made by God,” he cried out, as the other people in the clerk’s office turned to stare. “O destiny, tell me why you are angry with me. What I have done wrong?”

I glanced incredulously at my interpreter: Could this really be happening? But Mr. Chowdhury was in his own world. The story of the royals of Oudh had sounded a note within him. He would be telling the story for years, I realized.

“If a person like this has gone into oblivion, and had this death of anonymity,” he said, wonderingly, “what can you say about the death of a commoner?”'

The German language has a beautiful word for this kind of impostor, and impostor is too unfriendly a word, 'Hochstapler." After Felix Krull not enough novels have been written about "Hochstapler". This article made me yearn to write such a novel, but also to become a prince in the jungle myself.