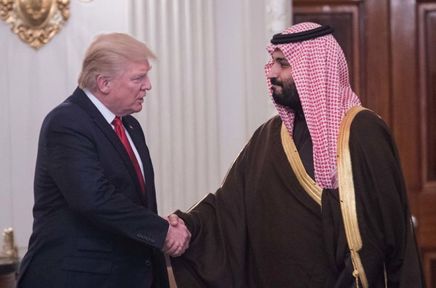 On literature, friendship and a hint of hypocrisy - Zvi Bar'el in Haaretz:

'Rajaa Bandar's first book has reached the bestseller list in Saudi Arabia in the space of a few weeks, riding on controversy and a social media storm, which has seen the young writer face accusations of writing "implied messages calling for normalization with Israel."
Her book, "Ghurba Yahudiyah," (Jewish Expatriation) tells the story of a young, lower-class woman from Yemen, who, after her marriage to a wealthy Saudi man collapses, goes to live with her Jewish mother. She embraces Judaism and its rituals; when her father urges her to go back to Islam, she refuses, opting to live as a Jew, with independence of thought and religion.
The book was pulled into the spotlight after another Saudi writer, Salmih Al Mushi, claimed Bandar copied the outline and whole portions of her book, “Yahudiyah Mukhlisa" (Devout Jewess). The rivalry between the two authors has split the literary community in Saudi Arabia.

In an interview with the Lebanese website Raseef22, Bandar explained that she chose her subject because of her deep interest in the lives of Jews and especially those who lived “in our villages and our cities, until they disappeared and reappeared defined now as enemies.” But other voices have also accused Bandar of presenting the Jewish daughter as a positive symbol, and of promoting “deviant” liberal ideas by describing the heroine’s assertiveness and determination.
“It was not my intention to publish a political manifesto," Bandar says. "I wanted to spark the reader’s curiosity so they can get to know the difference between Jewishness and Israeliness. I intended to shed light on the married life in mixed couples, and how children become involved in two completely different worlds.” The reaction to Bandar’s book recall those that followed the publication of “Girls of Riyadh,” the groundbreaking book by Saudi writer Rajaa Alsanea, which received international acclaim and is distributed in 40 countries, including Israel.

In her book, Alsanea, who is both an endodontist and neurologist, and once won an award for her research on stem cells, clearly describes, using literary, spoken and email Arabic, the chauvinistic complexes of Saudi society. She casts every possible stone at societal conventions that restrict the lives of woman and men in Saudi Arabia. Alsanea, who was just 24 when the book was published, revealed in print the familiar reality of Saudi society.
When it came out in 2005, the book was published in Lebanon and banned in Saudi Arabia. But the country is now trying to present itself as more Western, more liberal and progressive, and Bandar has been able to take feminism a big step further. She does not just deal with women’s status and rights in general; she focuses specifically on a singular issue with mixed marriages, the fact that Saudi women can not pass on their nationality if they are not married to Saudi men.'

'Whatever Riyadh's official position is, the public response to this kind of commentary can still be scathing. In December, Saudi blogger Abd al-Hamid al-Ghabin was stripped of his citizenship after he wrote about the need for normalization of ties with Israel, and outlined its economic benefits. Saudis still do not accept Israel as an ally, despite the sweeping consensus that the two countries have a common interest in countering Iran’s influence in the region.
Israelis have become used to seeing Saudi guests, who support normalization completely, on their televisions, but back home, some still accuse literature that promote any kind of normalization with the hostile Zionist entity of containing “toxic hints,” as one wrote of Bandar’s work.'

The ties between Israel and Saudi-Arabia have been de facto quite close, after all they have a common enemy (Iran.) How long this de facto friendship will last, whether it's morally defendable (Saudi-Arabia is probably a more repressive state than Iran) and what will come out of it - war against the common enemy? - are open questions.

But a Saudi author writing about 'Jews (...) especially those who lived “in our villages and our cities, until they disappeared and reappeared defined now as enemies,”' is indeed a sign that the times are changing.

A slight sense of hypocrisy is just part of the de facto friendship. After all, the best friendships are secret friendships.

Let's see when Israeli tourists will be welcomed in Saudi-Arabia. After all tourism was an important strategy for Bin Salman to renew his country, to make the world forget Khashoggi.