No problem with killing 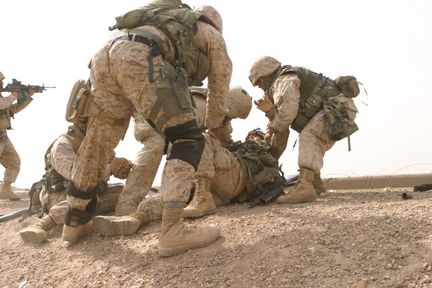 One of the more interesting books on the Iraq war (not that I’ve read that many) is Evan Wright’s “Generation Kill”: “When we take fire, not one of them hesitates to shoot back. In World War Two, when Marines hit the beaches, a surprisingly high percentage of them didn’t fire their weapons, even when faced with direct enemy contact. They hesitated. Not these guys. Did you see what they did to that town? They fucking destroyed it. These guys have no problem with killing.”

Soldiers not firing their weapons, is a big problem for every army (remember Kubrick’s Paths of Glory, maybe the best war movie ever). Apparently this problem is solved.