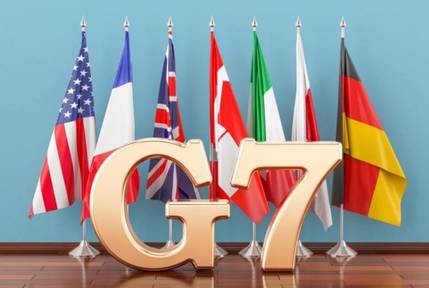 On blaming someone - Christoph Schult in Der Spiegel

'According to European diplomatic sources, the idea of issuing a joint G-7 statement had to be abandoned because the members couldn’t come to an agreement on the language to be used to describe the pandemic.

The sources said that the State Department had demanded that it be called the "Wuhan virus” in the statement, a reflection of U.S. President Donald Trump's insistence on calling it the "Chinese virus" in press conferences and on Twitter.

But the other G-7 states rejected a term that suggests that the pandemic is a Chinese problem. They instead proposed using the official COVID-19 name used by the World Health Organization. The political directors of the G-7 foreign ministries were ultimately unable to reach an agreement on the terminology.

The idea that the G-7 states should speak out about the coronavirus was initiated in France. Germany supported the call, but the U.S. initially rejected the idea.

The State Department said that the leaders of the G-7 states had already addressed the issue of the coronavirus and that a statement from the foreign ministers was no longer necessary. But at the end of last week Pompeo gave in and drafts of a possible statement circulated back and forth, ultimately without any success.

The U.S. government’s rigid stance is reflective of the course Trump is charting in the corona crisis: Namely that the Chinese are to blame and Europe responded too late -- which is why the virus has now reached the U.S.'

My mother always believed that someone was to blame for all the unfortunate things that happened to her. To know that someone is guilty, to be able to blame someone or to blame a state or a people must be a source of comfort, a least a distraction. Well, of course often someone is to blame, but we should give fate some credit as well.