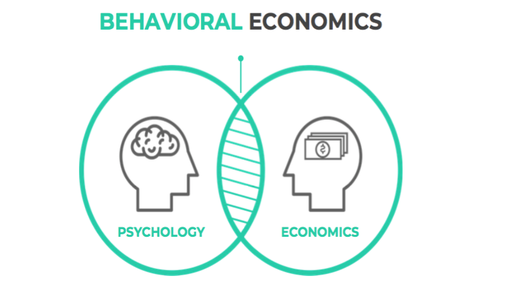 On probability and behavior - Asaf Ronel in Haaretz:

'But what is the most effective way of enforcing social distancing? How can citizens be motivated to cooperate with the tough policy and stay at home for many days or weeks? Research by a behavioral economics expert indicates that the main problem with getting the public to cooperate is the phenomenon of “it won’t happen to me” – that is, within a short time, a considerable part of the population will develop indifference to the risks and their compliance with the isolation instructions will decrease.
The research of Prof. Ido Erev, of the industrial engineering and management department at the Technion – Israel Institute of Technology, also suggests a possible solution to the problem – something he calls “friendly enforcement.” He says this method has proven itself in previous studies and has succeeded in “causing factory workers in Israel to observe safety procedures as strictly as Japanese workers.” Psychological economics studies identify two opposing responses that characterize people facing an opportunity or a risk that has a low likelihood of occurring. The first kind of response – the more familiar one – is increased sensitivity to a risk. In the case of the coronavirus pandemic, this response triggers behavior motivated by panic, like emptying supermarket shelves, or the leadership’s overreaction to that panic and the implementation of severe measures that will do excessive damage to the economy.
A considerable chunk of the research in behavioral economics, including the classic studies by Daniel Kahneman and Amos Tversky, is focused on this oversensitivity. According to the research, it can explain why an individual can buy both car insurance and a lottery ticket – that is, at the same time overestimating the probability that a rare event will occur, be it the theft of a car or picking the winning numbers.
The second reaction to risk is rare, says Erev: underestimation. In the case of the pandemic, this tendency can lead to indifference to the risk – and to a more rapid spread of the virus as a result. This, in turn, leads to a rapid rise in the number of people infected and the collapse of the health system.'

'In their research, he and his colleagues Amos Schurr and Dotan Rodensky examined methods for combating these deviations from the optimal behavior. They found that “friendly enforcement” is the most effective.
In a study on safety equipment they conducted at 11 factories in Israel, they found that most workers want to use the protection available to them, but don’t do it enough. For the study, the management agreed to forgo the high 700 shekel fines the floor managers were supposed on impose on violators of the safety rules, “but in actuality were hardly ever imposed.” Instead, the floor managers were asked to make a friendly comment to anyone who ignored the safety rules, something along the lines of, “You’re going around without ear protection and in the end you won’t be able to hear your grandchildren.” The managers were also asked to document the violation but to impose a fine only if it was repeated.
“We found that this minimal intervention succeeded in decreasing the violations of the safety rules from 50 percent to 10 percent,” says Erev. He believes that in order for gentle rule enforcement to work, two conditions must be fulfilled: The rules must be clear and the enforcement must be complete – that is, “the likelihood of identifying infringements of the rules must be close to 100 percent.”

How can friendly enforcement be applied in the context of a lockdown during an epidemic? Erev proposes using technology for complete enforcement, while integrating support into the technology to encourage citizens to use it. “For example,” he says, “developing an app that measures your well-being, such as your body temperature, and when you install it, you will also get a warning when you’re in close proximity to someone whose health rating is not perfect. There will be an incentive to install the app in order to avoid contact with people who are sick, and there will also be semi-automatic enforcement when people with a high fever don’t leave the house because the app will warn them that they are breaking the rules.” Is it possible to implement ideas like this? Solutions of this kind pose difficulties of their own – privacy issues that are at the center of many debates in Israel – as well as practical constraints like development and distribution at a time when there are many other urgent tasks. However, on paper at least, even during a serious health crisis, it appears that there are creative ways to encourage the public to follow Health Ministry directives and there’s no need to only rely on violent enforcement and fines to keep people at home.'

A few questions and remarks.

What's optimal behavior and who's going to decide that?

And if we have an app to tell us that we are near someone whose health is not perfect, someone in other words who is contagious - do we really believe that after all this is over we will stop using the app?

Is social distancing comparable to let's say using seat belts in a car?

Imagine an app that tells you you are in close proximity to a Jew.