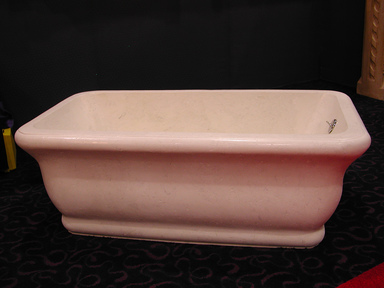 The NY Times is publishing an excellent series called “War Torn". About “veterans of the wars in Iraq and Afghanistan who have committed killings, or been charged with them, after coming home”.
In today’s paper Deborah Sontag writes about Walter Rollo Smith who drowned the mother of his twin children in their bath tub: ‘The summer after Nicole Speirs’s death, Mr. Smith began dating Michelle Zeller, a sales manager for a film company who supplied the photo labs at local Wal-Marts. Ms. Zeller, 34, knew about Ms. Speirs’s death, which she saw as a tragic accident. By September, Mr. Smith and Ms. Zeller, who has a daughter, were engaged and living together.
“He seemed pretty together,” Ms. Zeller said, “but he has told me since that he was faking it.”’