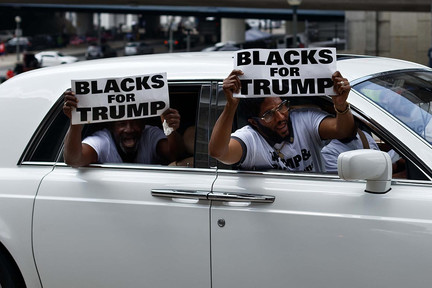 ‘A longer-term average of polling suggests that Mr. Trump’s relative strength among nonwhite voters is broad. He is faring better than he did four years ago among both Black and Hispanic voters.’

Of course, we must emphasize the word ‘relative’ but still, ‘better than he did four years ago.’ What are these Black and Hispanic voters who support Trump thinking? Are they in are with his policies? Do they like the comedy, if that’s the word? Is this a hapless attempt at assimilation? (We want to be like you, completely like you.)

At least this paragraph should warn us: ethnicity is not the same as homogeneity.
Homogeneity is almost always an illusion.