The right to be indifferent 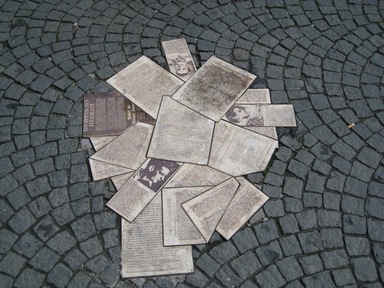 Susan Neiman, author of the forthcoming book “Moral Clarity: A Guide for Grown-Up Idealists” – I admit a frightening title – published an op-ed piece today in the Herald Tribune about resistance in Nazi-Germany. Susan Neiman wrote: “Every child here knows the names of Hans and Sophie Scholl, college students who were guillotined for distributing anti-Nazi pamphlets. Most German cities have streets or schools named after them. Tom Cruise has added his fame to a new film about Claus Schenk von Stauffenberg, the oft-sung leader of a group of officers executed for their failed attempt on Hitler's life.
The courage of such people should not be forgotten, but the message their stories convey is grim: Their deeds accomplished nothing. It's a message that comforts the millions of Germans who didn't try to oppose the regime.”

I’m not sure if “Die Weisse Rose” – the name of the resistance group founded by among others the Scholl-siblings – did not accomplish anything. Some would argue they did save Germany’s honor, whatever honor means.
And the question is valid if resistance is always about accomplishing something.
Nevertheless Susan Neiman’s piece is well-meant; but her suggestion that resistance is always possible without risking your life, in other words, without dying, seems to me doubtful.
On the other hand chances are you don’t resist and you get killed anyhow.
The right to be indifferent is as far as I’m concerned a human right – the question is when indifference makes you an accomplice.