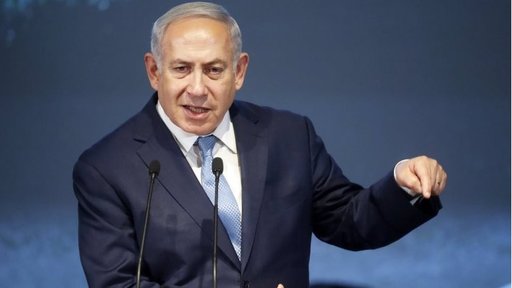 On friends and enemies – Chemi Shalev in Haaretz:

‘Trump’s May 2018 abandonment of the Iran nuclear deal, on the other hand, had and continues to have a dramatic impact on Israel’s national security and its regional standing. Widely applauded in Israel, among Sunni Arab countries and by the U.S. right wing, Trump’s undermining of the 2015 Joint Comprehensive Plan of Action was touted as Netanyahu’s crowning achievement. The prime minister may have lost his bitterly fought campaign against Barack Obama and his Iran policies but three years later he returned with a vengeance, with the help of a U.S. President hellbent on tarnishing his predecessor’s legacy.’

‘Two and a half years later, Iran has been crippled by the confluence of harsh U.S. sanctions, the coronavirus pandemic and acute economic depression. Instead of regaining its international legitimacy and improving its economic lot, as the Iranian leadership expected, Tehran is once again isolated, despondent, fearful, resentful and potentially preparing the groundwork for a quick dash to a nuclear bomb. The jury is still out on whether this makes Israel safer or actually places it in greater peril.’

‘Netanyahu’s headlong rush to embrace Trump and to lean on evangelical Christians and the GOP to push the President in his desired direction comes at a steep cost. Netanyahu’s beautiful friendship with Trump repelled the overwhelming majority of U.S. Jews, who detest the President. His reliance on Christian evangelicals undercut and sidelined AIPAC and the Jewish establishment and may have caused them irreparable damage. His antagonism towards Obama and identification with Trump, above and beyond the call of duty, enraged the Democratic Party and alienated its up and coming progressive wing.
Netanyahu and his allies in Washington share the credit for pushing Trump to renege on the Iran nuclear deal, a decision that, whatever its merits, was one of the main instruments of the President’s undoing in the international arena. Coming on the heels of Trump’s unilateral withdrawal from the Paris Agreements on climate change in June 2017, his withdrawal less than year later from the duly signed, sealed and delivered JCPOA cast the U.S. as a rogue player in international relations and solidified the breach between Washington and its co-signatories to the deal, especially Germany, France and to a lesser degree, the United Kingdom.’

‘It is here that the clueless and indifferent Trump caused Israel grave and possibly irreparable harm, which overshadows any good he may have bestowed. As the first President in history to turn a blind eye to Israel’s conduct in the territories and inside the 1967 borders, Trump allowed Netanyahu to build settlements, ignore the Palestinians, weaken the Palestinian Authority and sustain Hamas. He and his administration studiously and steadfastly ignored the prime minister’s incitement against Israel’s Arab minority, his war of attrition against its legal system and his steady erosion of Israel’s unwritten constitution and social cohesion.’

The undermining of social cohesion, often under the pretext of nationalism, is the great achievement of right-wing extremism and populism in the West in this century.

Wittingly or unwittingly they strengthened Putin and his agenda.