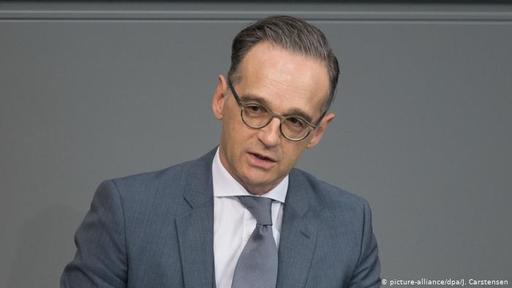 On fighting your own wars – an interview with German Foreign Minister Heiko Maas by Christiane Hoffmann und Martin Knobbe in Der Spiegel:

‘DER SPIEGEL: What concrete offers are you making to the new leadership in the U.S.? Maas: Europe has developed joint capabilities. We want to further strengthen the European pillar in NATO. We have already taken responsibility for security policy in areas from the Sahel to the Mediterranean and the Near and Middle East. We must steadfastly continue down this path, both out of our own security interests and for a balanced partnership with the U.S. And we must clearly define our regional policy interests together with the U.S. What is our common stance towards China or Iran? How do we live up to our responsibilities in Afghanistan and Iraq? Hoping now for a return to old times would be illusory. The U.S. will not return to the role of global police force.
DER SPIEGEL: There is already a dispute brewing in Europe over future cooperation. The German defense minister has emphasized our dependence on the U.S., particularly in security matters. But the French president is calling for Europe sovereignty. Who’s right? Maas: The debate is rather rhetorical. European sovereignty – or strategic autonomy, as the French call it – is currently a motto of our German EU presidency. It is a prerequisite for the trans-Atlantic relationship to function again, not a contradiction.’

In other words, Biden or no Biden, Europe knows it has to fight its own wars.