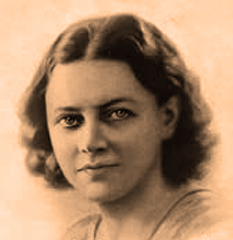 Being born for the memoir – Vivian Gornick in Harper’s on Storm Jameson:

‘I myself have something of a vested interest in this mysterious matter of a writer’s natural métier. When I was young, everyone under the sun was writing a novel because the novel was the form of imaginative writing respected by high- and low-minded alike. Only through the novel, it was felt, could one achieve a work of literary art. So I, of course, like every other young person who dreamed of becoming a writer, labored intensively from earliest youth at writing one. By the time I was in my late twenties, I had to face the fact that while I was forever telling stories to friends, colleagues, relatives, nearly all of whom would crow at me, “That’s a novel, write it down!”—and here I was, writing it down, somehow, within the framework of a fiction—“it” refused to come to life.
It slowly dawned on me that I could tell stories effectively only when I was composing them in my own storytelling voice, out of my own lived experience, not in the voice of an invented narrator settled in a made-up situation. I was well into my thirties before I understood that I was born for the memoir. One can only wonder what Storm Jameson would have produced had she come earlier to the genre in which she wrote most naturally.
Margaret Ethel Jameson was born in 1891 in the northern English port town of Whitby. The family included a number of sea captains—one of whom was Margaret’s father—and they had lived there for generations on both sides. They were a people of ingrown endurance, pragmatic to the bone, and possessed of the brusque, no-nonsense speech laced with sardonic irony for which Yorkshire men and women are still famous. In Jameson’s time especially, a dread of emotional exposure seemed to haunt the entire population. To be seen caring about anyone or anything in Whitby was to put yourself at risk; you were made to feel vulnerable in a world that, once your guard was down, would show no mercy. Thus, an isolated, weather-beaten town carved into an irregularity on a rugged coast bred, as Jameson wrote in her autobiography, “a crop of eccentrics, harmless fools, misers, house devils, despots, male and some female, who behaved toward their families with a severity” that the normally socialized rarely allowed themselves.’

‘For a good five years, she and her husband, imagining themselves free spirits in a new world, lived marginally, wandering from pillar to post, always up north (Manchester, Liverpool, Leeds), vaguely seeking and finding jobs that led nowhere. She didn’t mind this gypsy existence, but as time wore on she came to realize that she was unhappy with her husband, that she loved the baby but hadn’t bonded with him, and that she hated, hated, hated domestic life. Within herself she began to drift and soon thought she would die if she didn’t get out of the house. It was only then, at a time when I was tempted to knock my own head against the wall, [that I understood] the fits of rage in which [my mother] jerked the venetian blinds in her room up and down, up and down, for the relief of hearing the crash.
She had to find a real job, she said; had to make a living, she said; had to help save the marriage, she also said. So in 1918 she stashed the baby in Whitby, said a “temporary” goodbye to the husband, and fled to London, where, with remarkable speed, she found work as a journalist by day and began writing a novel at night.
Two important things now happened: she adopted Storm Jameson as her professional name, and she established a style of life that came to resemble permanent vagabondage. From those first London years on, Jameson proved incapable of making a conventional home either for herself alone, or with the child she said she adored, or with the second husband (the historian Guy Chapman) whom she did indeed love dearly. For pretty much the rest of her life, she moved continually from one house or flat or squat to another, usually but not always in or around London, and later in life, when she had some money, found happiness only when wandering about in foreign places.’

‘Sartre once said that freedom is what you do with what’s been done to you. Journey from the North is a glorious example of the gripping tale that can be fashioned out of the moment when a good writer feels compelled to examine that prophetic piece of wisdom.
In one of her novels, Jameson says of her fictional stand-in: “Her mother was at the centre of her life. She rebelled against her . . . but she was bound to her by a love in which bitter and hurting things were drowned.” True and not true. Jameson’s mother certainly was at the center of her life, and she did rebel against her but was yet bound to her by an emotion that, if one wishes, could be called love; however, no bitter and hurting thing ever drowned.
It’s the mother who is the figure in Jameson’s carpet; the mother—now brilliantly present, now dimly sighted, now putting in a surprise appearance—who embodies the pull of haunted memory threading itself through the memoir; the mother whose raw need seeps through Jameson’s blood, mingling with her own, creating the kind of psychological embroilment that can not only shape the life of a child who identifies disastrously with a parent of the same sex, but endow it with mythic dimension.
Imagine a mother whose voice is daily filled with what Jameson in another novel describes as “the shrewd, half-sneering, half-envious spite of the North”; a mother who, when a child says she has a headache, replies coldly, “Nonsense, children don’t have head-aches”; a mother who rages about the house when depressed and, out of pity for herself, inflicts the injustice of arbitrary beatings. Who could survive such acts of terror without first going numb and dumb inside, and then growing self-protective almost to the point of anomie? Jameson did both: Beginning young, I have had a great deal of practice not only in hiding my feelings but in hiding from them. . . . Insincerity was one of the lessons I learned early and thoroughly, very early, very thoroughly.
(Ah, how I came to love the rhetoric embedded in “early and thoroughly, very early, very thoroughly”; here’s another of its numerous iterations: “It would not be true to say that the grief which tore its way through my body was for him [i.e., her first husband]; it was for the past, for what he had been to me; for the failure I, I, had made of our marriage.” That “I, I”!)’

‘The worst of it was her failure to take in the reality of her own child, just as her mother had failed to take in hers. (“Even now, I cannot explain why I was never at ease with the idea that I had a child who was my own, not simply handed to me to cherish and bring up.”) Throughout her years she wept for the unlived life of her mother, only occasionally aware that she was weeping for her own: I cannot remember a time when I was not aware, and with what helpless pity, that her life had disappointed her . . .
My terrible anxiety [was always] for her to be happy . . .
I would have cut my hand off to give her another life.
These sentences, and many more like them running through Journey from the North, are alive to the touch; they color everything the narrative lights on; make vivid the hold that domestic tragedy had on Jameson: “Those seeds of guilt and responsibility, sown in me at the beginning, were not able to strangle [my involuntary egotism] but they have given it an atrociously uneasy life.” Jameson understood well enough that while she saw clearly the how of things, she could not adequately penetrate the why of them. No matter. This was one time she wanted to give the reader the feel of things—the state of affairs one grasps not with the intellect but through the nerve endings—and toward this end she did what she should have been doing with all those novels behind her: she stretched her imagination to the limit.
In Journey from the North, as nowhere else in her work, Jameson’s writing has the very thing she was always faulted for not achieving: the richness of texture necessary to bring a work of literature to fruition. The interesting question is why, when she was ready to dive deep, did Jameson not sit down to write the redemptive novel of her life? Why was it the memoir to which she turned? What was it about writing in her own naked voice that allowed her to make something indelible out of the lived experience that her novels had been exploiting, but not doing justice, all those years?’

I remember that Coetzee once gave an answer to this question in NYRB, he was writing about the Dutch author Nooteboom. (‘This—as his Hans Christian Andersen suggests—is Nooteboom’s peculiar misfortune as writer: that he is too intelligent, too sophisticated, too cool, to be able to commit himself to the grand illusioneering of realism, yet too little anguished by this fate—this expulsion from the imaginative world of the heartfelt—to work it up into a tragedy of its own.’)

It's not so much a lack of imagination, it’s the inability to suspend most disbelief, too cool, too intelligent, too sophisticated, you don’t believe it in yourself.

But there is also the possibility that the author is too afraid to believe in his own creations, he is consciously or unconsciously aware of the fact that making up stories might turn out to be a dangerous pastime, whether you label them fiction or not.