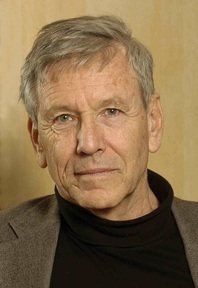 On literature, family matters and other accucations – Gili Izikovich in Haaretz:

‘Late author Amos Oz's immediate family said on Sunday they "remember differently" accusations by his estranged daughter Galia that he violently abused her throughout her life.
Meanwhile, few people in the literary world commented on the claim about Oz, who was perennially mentioned as a candidate for the Nobel Prize in Literature until his death in 2018 and seen as a symbol of Israel’s peace camp.
In Galia Oz’s autobiography, published in Hebrew on Sunday, she wrote: “In my childhood, my father beat me, swore and humiliated me ... Not a passing loss of control and not a slap in the face here or there, but a routine of sadistic abuse ... He had a need to make sure I would break.”

Fania Oz-Sulzberger, the author’s eldest daughter, wrote on Twitter that the other members of the family “knew a different father. A warm, friendly, attentive father who loved his family with profound love full of concern, devotion and sacrifice. Most of the accusations Galia throws at him now completely contradict the fierce memory stamped into us throughout our entire lives.
“Galia decided to sever all contact with us seven years ago,” she continued. “The claims she voiced against us then caught us all by surprise. Even though he did not recognize himself in her accusations, father really tried and hoped until his final day to speak with her and understand her, even about the things that seemed to him and to us the opposite of reality. It appears Galia’s pain is real and heartbreaking, but we remember differently. Completely differently.”’

‘Amos’ son Daniel addressed the issue at length on Facebook. His father, he wrote, “wasn’t an angel, just a human being. But he was the best man I ever had the privilege of knowing.” He added that he doesn’t want to smear his sister, but that the rest of the family has a completely different recollection of Amos Oz.’ (…)

‘Most of the few literary figures who made comments on the controversy focused on Amos Oz’s literary legacy.
One of the few exceptions was author Matan Hermoni. “Some things are unforgivable, and there’s no statute of limitations on them,” he wrote on his Facebook page. “We need to rewrite the history of Hebrew literature, and everyone engaged in literature who is speaking out right now on other public issues is trying to divert his gaze from the terrible drama now taking place.”’

The Dutch sociologist Bram de Swaan wrote that there is a strong connection between jealousy and admiration.
It’s a delight to see the person fall you once admired, so you are finally freed from the obligation to admire, you can openly despise.
When children are involved of course the schmalz is dripping from the story. (See also: under Woody Allen.) It all becomes more pleasurable.

We don’t know what happened, it seems that other family members, his wife, his son, do their utmost to be respectful towards Galia while defending their husband and father.

Let's take a look at ourselves.

Perhaps we should accept that most if not all admiration is just a detour towards schadenfreude.