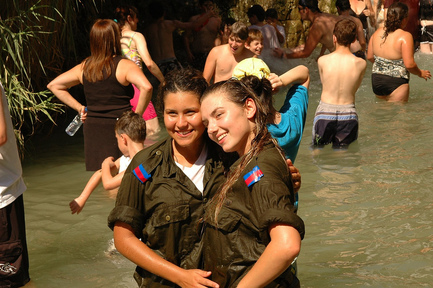 On my first day with the IDF a minder was assigned to me who turned out to be an intelligent and fairly attractive nineteen-year-old soldier.
Her mother is a novelist, published also in the US.
The minder took notes while I conducted an interview with a lieutenant colonel. The last time a minder took notes while I conducted an interview was when I visited the Kosovo Liberation Army in 2006.
But a charming nineteen-year-old you are willing for to forgive.
My minder for tonight is going to be a man, in his twenties.