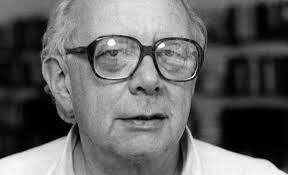 On the liver and laughter – Cynthia Ozick in NYT:

‘The 19th-century novel lives on. Its name today is Biography; its nature is that of Dostoyevskian magnitude. And Blake Bailey’s comprehensive life of Philip Roth — to tell it outright — is a narrative masterwork both of wholeness and particularity, of crises wedded to character, of character erupting into insight, insight into desire, and desire into destiny.’

‘Revenge on Howe came a decade later in “The Anatomy Lesson,” in the fictional form of Milton Appel, a self-righteously moralizing academic critic who assaults the scandalous fiction of the fictional novelist Nathan Zuckerman. In one of Roth’s grandest and most copious rants, Zuckerman strikes back: “I’m a ‘case,’ I have a ‘career,’ you of course have a calling. Oh, I’ll tell you your calling — President of the Rabbinical Society for the Suppression of Laughter in the Interest of Loftier Values! Minister of the Official Style for Jewish Books Other Than the Manual for Circumcision,” and other such scorchings. (At the peak of this posthumous moment of rapturous reappraisal of Roth, to read again Howe’s full and contentious 1972 review may be historically enlightening.)’

‘Under this irony lurked another: Roth’s lifelong insistence that he was not a “Jewish writer,” but a writer, above all an American writer — never mind that his fiction was largely preoccupied with Jews, from a reimagined Anne Frank (“The Ghost Writer”) to Alvin Pepler, the aggrieved former contestant in a rigged TV quiz show (“Zuckerman Unbound”). Open nearly any novel by Roth, and see the Jewish names overflow.’

‘He once declared: “The epithet ‘American Jewish writer’ has no meaning for me. If I’m not an American, I’m nothing.” In a 2014 interview he went on to explain as no other American writer, from Henry Adams to Henry James to John Updike, has felt called on to validate: “The American republic is 238 years old. My family has been here 120 years or for just more than half of America’s existence. They arrived during the second term of President Grover Cleveland, only 17 years after the end of Reconstruction. Civil War veterans were in their 50s. Mark Twain was alive. Sarah Orne Jewett was alive. Henry Adams was alive. All were in their prime. Walt Whitman was dead just two years. Babe Ruth hadn’t been born. If I don’t measure up as an American writer, at least leave me to my delusion.”’

‘It is Sabbath who personifies the meaning of Roth’s imagination: the will to “affront and affront and affront till there was no one on earth unaffronted.” Yet to apply platitudes such as épater la bourgeoisie as either a dominating motive or a defining motif of Roth’s work is to fall into undercooked language. His overriding intent is nothing less than to indict humanity’s archenemy, whose name is Nemesis (also the title of Roth’s final novel). “No,” Roth’s fictional avatar argues in “Operation Shylock,” “a man’s character isn’t his fate; a man’s fate is the joke that his life plays on his character.”’

‘These calamities were accompanied by the harrowing illnesses, surgeries, agonies, suicidal breakdowns, panics, depressions and drug-induced psychiatric disorientations that dogged Roth for much of his life. And meanwhile, in the intervals between these disabling episodes, came the parade of book after book (31 in toto), award after award, and lover after lover, some long-lasting, others petering out when staleness set in, or when the heat of romance turned into genuine friendship. Marriage was now anathema, but the lure of attractive and loyal young women never cooled, however fraught circumstances otherwise were.
Nor has the charge of misogyny waned, abetted by the roster of smitten young women, soon to be judged as discarded. (“Feminism as the new righteousness,” Roth groused in one of his private notes.) His wooing was sometimes extravagant, even excessive: He hired a limousine to take Brigit (a pseudonym), age 29 — he was then in his 70s — on a shopping spree at the most fashionable emporia, where a “little black dress” was priced at $1,490. The total came to $2,563. Reputation had made him rich; he now owned secluded property in sylvan upscale Connecticut.’

‘“I have chosen to make art of my vices rather than what I take to be my virtues,” Roth commented in a rare unironical admission that he had virtues. The range and depth of his self-effacing philanthropy — his lavish personal generosity to individuals — has never been visible, but his “Writers From the Other Europe,” a 17-volume collection of Eastern European writing unknown to English-speaking readers, continues to widen public perception of the universe of contemporary literature. In the ’70s, it was his vision of Kafka that drew Roth to Prague, then under Communist rule, where he championed dissident Czech writers — Milan Kundera and Ivan Klima, among others — and quietly arranged for an Ad Hoc Fund for their succor and support. For this crime he was hounded by the secret police. Europe’s oppressive travail took hold of and consumed him: He became intimate with the brutal death camp histories of Primo Levi, Aharon Appelfeld and Norman Manea, a Romanian writer who endured both Transnistria and the Communist regime of Ceausescu. It was the force of Roth’s fame that enabled him to facilitate the passage of Manea to a much-honored American literary life.’

‘As the great conductor of the tumultuous orchestra that was his life, the careful supervisor of every aspect of his career, the architect of Newark’s grand municipal celebration of his 80th birthday, the meticulous designer of his own funeral, Roth at times unwittingly advanced what he most railed against. Even so sovereign a will as his could not overcome the vagaries of fallout; out of repudiation came emphasis on the thing repudiated. In his attempts to smother Bloom’s score-settling invective he made it all the more publicly memorable. Of the little ceremony at his graveside, most remarked on was the absence of any hint or vestige of Jewish usage or coloration. Yet in 2014, when the former defamer of the Jews received a dramatically vindicating honorary degree from the Jewish Theological Seminary, he was moved to think how gratified his parents would have been.
But his father and mother and older brother were long dead. With old age and the accelerated suffering brought on by heart failure, he confessed to loneliness and terror. “It’s the damn poignancy of everything that rocks me a little,” he told Conarroe. He was fond, in a grandfatherly way, of other people’s children. At his burial, Julia Golier, the mother of two of these children, read a melancholy passage from “American Pastoral”: “Yes, alone we are, deeply alone, and always, in store for us, a layer of loneliness even deeper.” Was Roth, who had begun under the wing of Henry James, unconsciously invoking James’s elegy for his own life? “This loneliness,” James had reflected, “what is it still but the deepest thing about one? Deeper about me, at any rate, than anything else: deeper than my ‘genius,’ deeper than my ‘discipline,’ deeper than my pride.” Though Roth wrote in solitude, he was rarely alone.’

Not surprisingly, Ozick defends Roth against most if not all charges of misogyny.

Telling, also Roth’s rant against the hyphenated identity. Today such a desire that once could be interpreted as emancipation is for many nothing but betrayal, or maybe even worse. Stay in your ghetto, that’s loyalty.