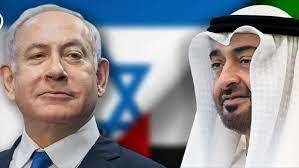 In the meantime in Israel – Yossi Verter in Haaretz:

‘Despite Netanyahu’s empty accusations and fearmongering that Rivlin is against him, the truth remains that Rivlin has, in fact, tasked Netanyahu with forming a government five times. He has given him more opportunities to build a government than any president has given to a prime minister in Israeli history. But he will not receive an apology from Balfour Street, in fact the opposite; they will only continue to slander him.
In the next 28 days, we will likely meet a Netanyahu we’ve never seen before; more desperate and dangerous than ever, with nothing left to keep him in check. He knows that at the end of this road a fifth election campaign does not await him, which would leave him in his preferred situation: The prime minister of an interim and paralyzed government. But this time he will likely face a Bennett-Lapid government. His days will be spent in the political opposition and in court.’

‘To be sure, the panel of judges is not moved by his theatrics. In any case, Netanyahu was appealing directly to his most loyal supporters. For years he has been cultivating and inciting the burning hatred of his followers for his own advantage, preparing them to challenge any election results that are not in his favor, like his idol Donald Trump, who incited hooligans to riot on his behalf at the White House before attacking Congress at the Capitol.’

‘It was also no accident that Netanyahu chose Public Security Minister Amir Ohana to represent Likud over lawmakers Tzachi Hanegbi and Ofir Akunis, who have a greater respect for Rivlin. Netanyahu chose Ohana to send a message to Rivlin, and Ohana did not disappoint. In his characteristically confrontational style, Ohana declared that he came directly from Netanyahu's trial “in the name of the truth and justice.” Rivlin, in shock, responded, “That is your opinion, not that of this house.”’

Israeli politics has become as incomprehensible – at least for outsiders – as Belgian politics, but meaner and slightly more dangerous. After all, Israel is not Belgium.

But it’s seems reasonable to say (it we want to summarize this all) that Netanyahu is using (i.e. abusing) democracy in order to avoid months or years in prison. Now, at least two famous Israeli politicians did time, and prison, even the most comfortable prison, is not a joke.
Saving your own butt is very human.

Maybe Netanyahu should ask for asylum in UAE.