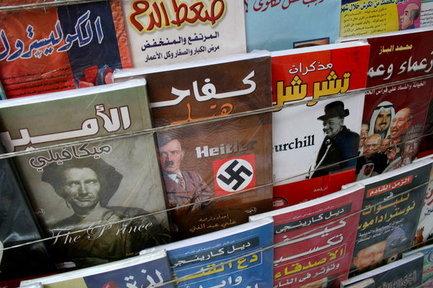 Yesterday’s Times published a profile on the Dutch politician Geert Wilders: ‘Mr. Wilders, 44, is in the news here these days for a 10-to-15-minute film he says he has made depicting the Koran as the inspiration for terrorist attacks and other violence. Having failed to persuade a single Dutch television network to broadcast the film in its entirety, he said he planned to release it on the Internet by the end of this month.
He routinely equates the Koran with Hitler’s “Mein Kampf” saying it should be banned in the Netherlands, and he declared in an interview that the Prophet Muhammad could be compared to the German dictator.’